Our graph below shows results for over 500 Garnet gems tested by this researcher as part of an ongoing study conducted since 2010. This is the first time a diagram of the composition of all gem Garnet varieties, as determined by magnetic susceptibility and refractive index, has been published. A broad sampling of color is represented, as well as many rare and unusual Garnets. Species and variety names are color-coded to match the color of their graph points. For the sake of clarity, the numerous Grossular color variety names are listed on the left side of the graph rather than at the region of their graph points. You can zoom your page view to 125% or more to see details. Due to overlapping graph points, not all 500 points on the graph are visible.

Graph of All Gem Garnets (over 500 Samples)

When we do the calculation for the Malaya Garnet graph point shown above, we find that this particular gem is 58% Pyrope, 22% Spessartine and 20% Almandine. Readers can do this simple calculation after measuring the above lines on their computer screen with a ruler. We can also use mathematics software that can be set up to perform such calculations automatically.

A photograph of the Malaya Garnet represented by the above graph point is shown below, along with a representation of its major composition. Percentages of possible other minor components such as Grossuar have not been calculated and are not shown in this representation.

Percentages of the 3 major components of a Malaya Garnet

Without any calculations, the approximate composition of the Malaya Garnet is instantly known simply by looking at the position of its graph point in relation to the 3 end member species of the ternary. Positioned toward the Pyrope end member, and equidistant from both the Pyrope-Almandine and Pyrope-Spessartine joining lines, we know this gem is predominantly Pyrope with smaller amounts of Almandine and Spessartine in roughly equal amounts. The magnetism of this Malaya Garnet is derived equally from the presence of 2 metal ions: iron (Fe2+) and manganese (Mn2+).

Percentage of composition for each end member species is calculated by measuring the full length of a joining line, then the length of the segment furthest from the apex (between the graph point and where the line ends at the ternary boundary), and finally dividing the far segment length by the full line length. We do this 3 times, once for each line initiating from its end member apex. The 3 percentages of end members should add up to 100%.

Some varieties shown on the All Gem Garnet graph above have refractive index ranges that do not match exactly the ranges published by GIA. For example, the low RI for Rhodolite Garnet in this study is 1.738, while the low limit given by GIA is 1.740. The high RI for Standard Pyrope found in this study is 1.77, while the GIA high is limited to 1.756. GIA classifies Pyropes with RI's higher than 1.756 as Pyrope-Spessartines.

The graph above clearly shows that Pyralspite Garnet species mix with each other much more freely than do Ugrandite Garnet species. Ugrandites are composed primarily of one end member or another, with not much in the way of intermediate examples. With the exception of Uvarovite, all Ugrandites tested are in solid solution between Grossular and Andradite, with graph points falling along the Grossular-Andradite joining line. We have not found any Grossular-Andradites with true intermediate composition, meaning no graph points fall further than a third of the away from the closest end member along the Grossular-Andradite join. Gemologists often refer to Mali Garnet as a Grossuar-Andradite variety, but Mali is better characterized simply as a Grossular Garnet.

Malaya is a Variety of Pyrope

Interpreting the Graph: Based on the location of graph points in this study, we consider Standard Pyrope, Rhodolite, Chrome Pyrope, Pastel Pyrope and Malaya to be varieties of the Pyrope species. Color Change Garnet can be classified as either a variety of Pyrope or Spessartine, depending on a particular gem's primary composition. This researcher does not consider Color Change Garnet to be a sub-variety of Malaya, as do some gemologists. Study results show that Malaya is a variety of Pyrope in the vast majority of cases, but we do find a small percentage of Malayas that are primarily Spessartine. There is considerable overlap in composition among different Pyralspite varieties, particularly between Rhodolite, Malaya and Standard Pyrope. Distinguishing between these can at times be subjective (see page 6).

This method of determining the proportions of Garnet end-members species within a single Garnet gem was developed by D.B. Hoover in 2008. Results have been shown to be very accurate when gems are primarily composed of 3 end members, as are most Garnet gems other than Pyrope. When additional end-member components are present within a gem, as we find in some Pyrope Garnets that contain 5% or more Grossular or Uvarovite as an additional end member, accuracy is reduced by 5% or more.

More often than not among Pyralspite Garnets, graph points of gems fall inside the boundaries of a Garnet ternary rather than along the joining lines that connect two end members. This is particularly true of Rhodolite (purple graph points) and Malaya (yellow graph points) shown in the All Gem Garnet graph above. Positioning toward the center of the ternary indicates that all 3 end-members of the ternary are major components of the gem. Shown below is a graph point for a Malaya Garnet located near the center of the Pyrope trisection of the Pyralspite ternary. This indicates that Pyrope, Almandine and Spessartine are all major components of the Malaya Garnet. 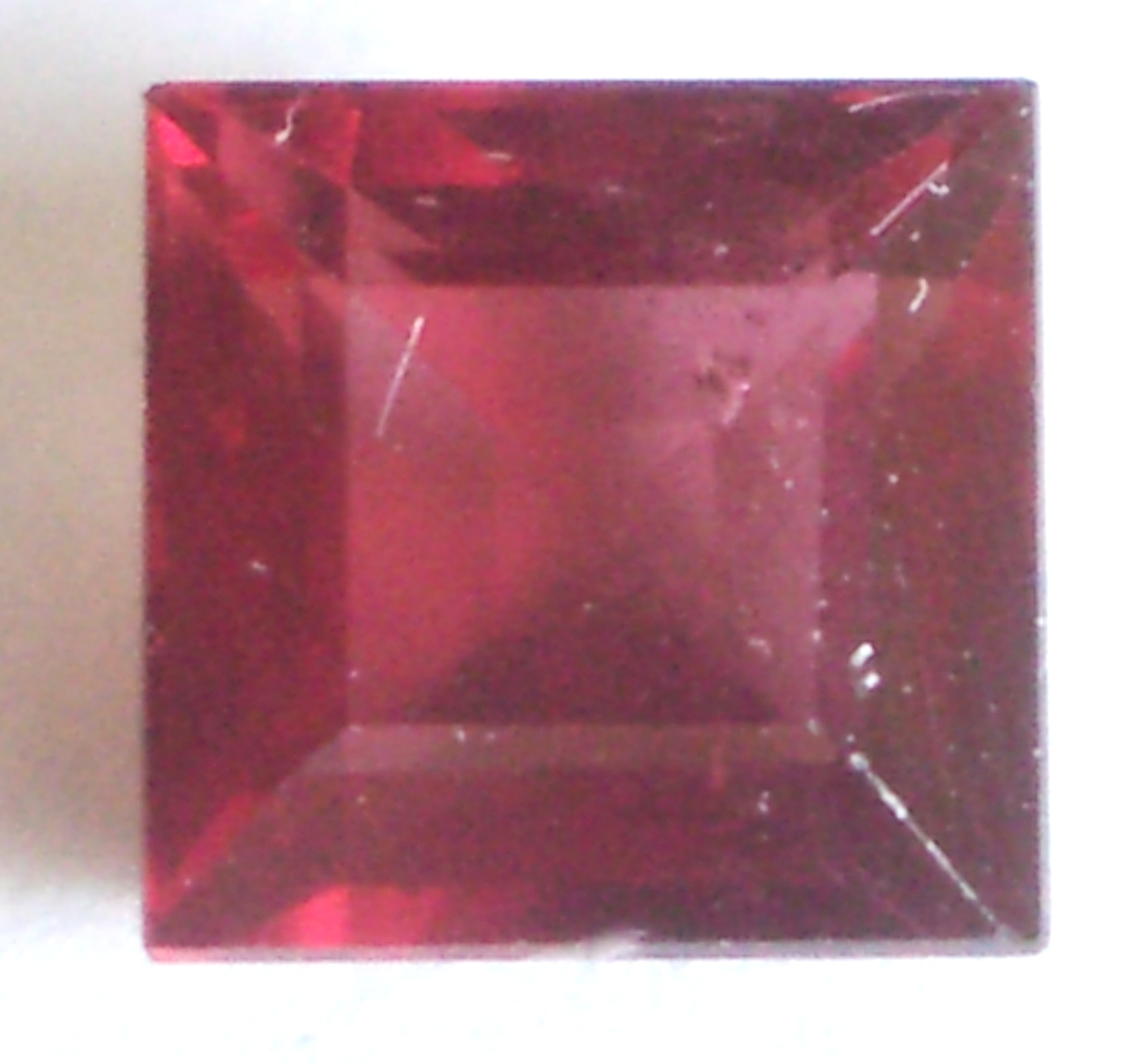 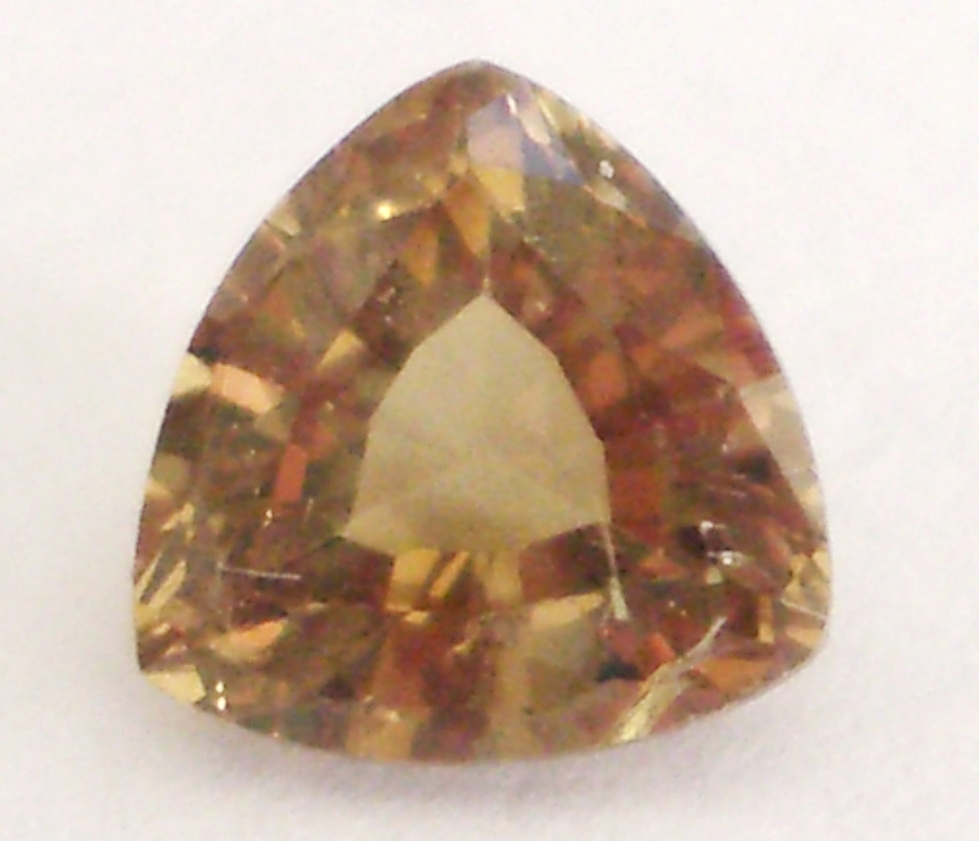 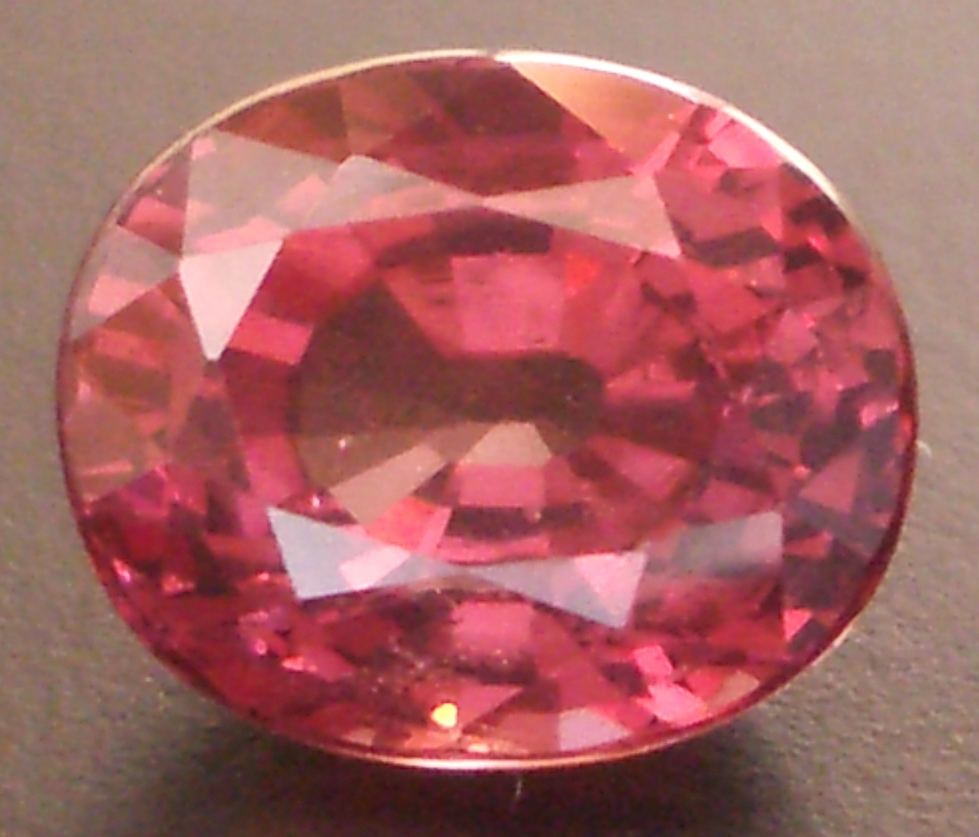 ﻿Graph of All Gem Garnets

Species of the Garnet mineral group intermix with each other so freely that we find an astonishing variety of gem Garnets. A visual representation or map of how all the gem Garnet species and varieties are related based on known chemical composition is a helpful aid in understanding Garnets. Up until now, no accurate representation of all gem Garnets within a single graph has been available.

Although every Garnet, whether a Pyralspite or a Ugrandite, is primarily a mixture of two or three end members from its own series, mixing between two series can also occur, resulting in fourth, fifth and sixth components in minor amounts.

For example, Pyrope Garnets of any variety contain primarily the Pyrope end member along with some Almandine and possibly Spessartine, but they can also contain Grossular, Andradite and Uvarovite. The Grossular content in Pyrope gems is mostly under 5%, but up to 20% Grossular within non-gem (non-transparent) Pyrope has been reported by researchers. Chrome Pyrope gems can contain 4% to 8% chromium from Uvarovite/Knorringite. Below is a hypothetical example of the composition of a Standard Pyrope gem, showing 4 end members, with Grossular as the 4th end member at 5%.

Any variety of Pyrope Garnet (Standard Pyrope, Chrome Pyrope, Malaya, Rhodolite, Color Change and Pastel Pyrope) can contain some Grossular, where calcium substitutes for magnesium in the A site of the Pyrope chemical formula. Similarly, Almandine Garnet commonly mixes to a small degree (under 5%) with Andradite Garnet, which is in the Ugrandite series above it. Therefore Almandine graph points are sometimes positioned above the Pyrope-Almandine boundary line (as seen in the All Gem Garnet graph on the previous page).

Alternate Ternaries: Because there is some blending between Pyralspites and Ugrandites, especially between the Pyrope and Grossular species, additional ternaries can be drawn to reflect this. To calculate Grossular content in Chrome Pyrope, we would need to draw a Pyrope-Grossular-Almandine ternary as shown below in red.

We could also draw a Pyrope-Uvarovite-Almandine ternary to estimate the chromium (Uvarovite) content in Chrome Pyrope. Graph points positioned outside a ternary have outside composition, but graph points inside the boundaries of a ternary can also have outside composition. Any Garnet graph point that falls on or within the Pyralspite ternary might also fall on a Pyrope-Grossular-Spessartine ternary or a Grossular-Almandine-Spessatine ternary. It's an educated guess as to which end members and how many end members might be present in minor amounts in a particular Garnet ﻿gem.

Electron microprobe analysis of the chemical composition of the same gem material in 2014 by Dr. George Rossman at Caltech (California Institute of Technology) found 1% higher Almandine an 1% higher Spessartine content than our own calculated percentages. Microprobe analysis also detected an additional 5% Grossular content and a total of 4% various other content that our 3-end member RIMS calculations were unable to find.

The sum of the additional chemical components reduces our calculated percentage of the Pyrope component from 79% Pyrope to 68%. The adjusted percentage would move our graph point to the left a bit. The Caltech electron microprobe actual precentages were: 68% Pyrope, 12% Almandine, 11% Spessartine, 5% Grossular, 1% Uvarovite/Goldmanite, and 3% un-assigned or unknown remainder.

Calculating accurate percentages of fourth and fifth end members using the RIMS method would require additional y-axis variables such as specific gravity or unit cell length. Percentage calculations for four or more end members would also involve solving simultaneous equations. Such calculations are well beyond the scope and purpose of this website. We also suspect a 3-dimensional representation of the graph would be needed to show the most complete picture of Garnet hybridization and the relationships between Garnet graph points.

Fortunately, a good understanding of Garnet composition does not require any calculations or knowledge of possible fourth or fifth end members. Just looking at the positions of graph points on the All Gem Garnet graph gives us an accurate snapshot of how different species and varieties intermix within a solid solution series. The RIMS graph for any individual Garnet gem allows us to visually see which two or three Garnet species are the major components of the gem, and provides a visual approximation of the percentage of each gem component.

A Case Study: ﻿The presence of fourth and fifth end members components in significant percentages within a Garnet gem will diminish to some degree the accuracy of 3-end-member calculations when the RIMS Graph method is used. As an example, using refractive index and magnetic susceptibility to calculate the composition of the purple Pastel Pyrope from Tanzania shown below, we ﻿determined that the gem composition is 79% Pyrope, 11% Almandine and 10% Spessartine.