© Kirk Feral 2012, All Rights Reserved. These materials may be duplicated for educational purposes only. No part of this website may be duplicated or distributed for profit, for commercial purposes, or for posting to another website, without the expressed written consent of the copyright holder.

Nearly 60% of all HPHT synthetic Diamonds tested in our published study (Gems & Gemology journal, Winter 2012) could be detected with a magnetic wand, either by the Direct method or Floatation method. This suggests that jewelers and diamond dealers can use the Direct method to quickly scan a parcel of loose natural Diamonds with a magnet to detect synthetics. Study results found that 85% of HPHT synthetics over a half carat in weight were magnetically detectable. Although rare, most synthetic Diamonds over 1 carat are yellow HPHT synthetics, and all such examples in our study contained enough flux metal to show a Pick-up response to a magnet.

Published literature by this author and others cite how magnetic response can often distinguish synthetic Diamonds from natural Diamonds of any color. It is not the dopants used in synthetics that cause magnetic attraction. The dopants used are the same elements found in color centers in natural colored Diamonds: boron for blue color and nitrogen for yellow color. These elements are non-metals, and they are not magnetic. Irradiation (natural or laboratory) can induce pink color, as well as blue color in natural and synthetic Diamonds. Both natural and synthetic Diamonds often fluoresce under UV light, but fluorescence in synthetics is often brighter and more garish in color.

The magnetic attraction we often see in colorless and colored synthetic Diamonds manufactured under high pressure and high temperature (HPHT) is due to ferromagnetic inclusions of iron and nickel flux that are present as remnants of the manufacturing process. Unlike nearly all other transparent gemstones (natural, imitation or synthetic), the type of magnetic responses shown by many HPHT Diamonds is ferromagnetic rather than paramagnetic or diamagnetic. Often these synthetic Diamonds will be picked up by a magnet. Any magnetic attraction at all in Diamond, weak or strong, indicates a synthetic Diamond containing metallic particles. Both the Direct method and Floatation method can be used to identify synthetic Diamonds. Because the inclusions are ferromagnetic, a tiny Pinpoint wand works equally well as our standard 1/2" wand.

All These Pink HPHT

Natural Diamonds are magnetically inert (diamagnetic). They can be imitated by natural Zircon, and by many man-made materials such as Moissanite, Strontium Titanate and synthetic Rutile (all diamagnetic). Gadolinium Gallium Garnet (GGG), Yttrium Aluminum Garnet (YAG) and Cubic Zirconia (CZ) are man-made Diamond imitations that can show magnetic attraction. By far the most common Diamond imitation used today is CZ. More recently, lab-created synthetic Diamonds made entirely from carbon are also being produced.

Natural Diamonds: Most natural Diamonds are colorless, but they are also found in a variety of colors. Yellow and brown are the most common, while pink, blue, green and other colors are much rarer. These colors can occur naturally in Diamond. Most of the colored Diamonds we find on the market have been treated with irradiation, high heat, high pressure or a combination of processes to create color. None of these treatments affect the magnetic response of natural Diamond, which is, with rare exception, inert (diamagnetic) regardless of color.

Colored CZ and YAG often give themselves away as imitation Diamonds by their magnetic attraction. These lab gems can imitate yellow, pink and blue Diamond rather well, as shown in the series of photos below. The Yellow CZ depicted below (left) shows a moderate magnetic response due to the rare earth dopant neodymium. The yellow YAG (right) is doped with a small amount of manganese (Mn2+) and shows no magnetic attraction.

Natural Treated Diamonds of All Colors Are Inert

Not all yellow CZ's are magnetic. Magnetic response in any of these imitations varies with the types and concentrations of dopants (coloring agents) used during production. Dopants can be transition metals or rare earth metals. Fortunately, rare earth dopants often produce absorption spectra that can be clearly seen with a handheld spectroscope. Such pronounced spectra are not seen in natural Diamonds.

Pictured below are CZ and YAG gems imitating pink Diamond. The bright pink CZ shows a Drag response due to the rare earth dopants erbium and holmium. The pale pink YAG is similarly doped and also shows a Drag response, but the Drag response is much weaker due to lower concentrations of the dopants. The dark pink YAG trillion on the right shows a Pick Up response and has a density that is as high as that of CZ (5.7) due to an unusually high concentration of erbium (as verified by JTV's lab analysis).

Magnetic testing with a Pinpoint wand can be useful for identifying small individual HPHT synthetic Diamonds in cluster jewelry, and for detecting jewelry imitations like GGG, pink and yellow CZ, and pink and blue YAG that show magnetic attraction. An electronic Diamond-and-Moissanite tester is the simplest way to determine if each individual gem in such jewelry is genuine Diamond or an imitation. But the electronic tester fails to distinguish between man-made Diamonds and natural Diamonds. In such cases, a Pinpoint wand comes in handy. Any magnetic attraction to the Pinpoint wand indicates the Diamond is man-made.

For a more detailed look at magnetism in Diamonds, see our feature article "Detecting HPHT Synthetic Diamonds Using a Handheld Magnet" in the Winter 2012 issue of Gems and Gemology.

Unfortunately, not all HPHT synthetic Diamonds can be separated from natural Diamonds with a magnet, as not all contain detectable metallic inclusions. This is particularly true for very small gems. About half of HPHT synthetics under a half carat show no attraction to a neodymium magnet even when the Floatation method is used.

CZ and YAG: These imitations can be colorless, and colorless examples are indistinguishable by magnetic response from genuine colorless Diamonds. All are inert. Like Diamond, these colorless imitations are singly refractive (isotropic) and have refractive indices that are too high to be measured with a standard refractometer. To spot a colorless imitation, we can measure density (specific gravity) or use an electronic Diamond tester. 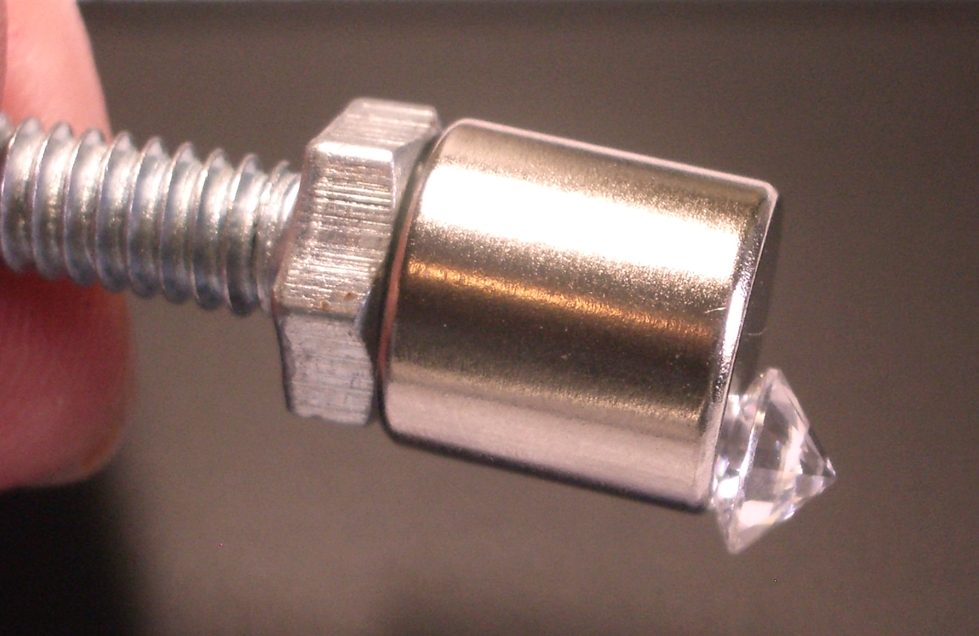 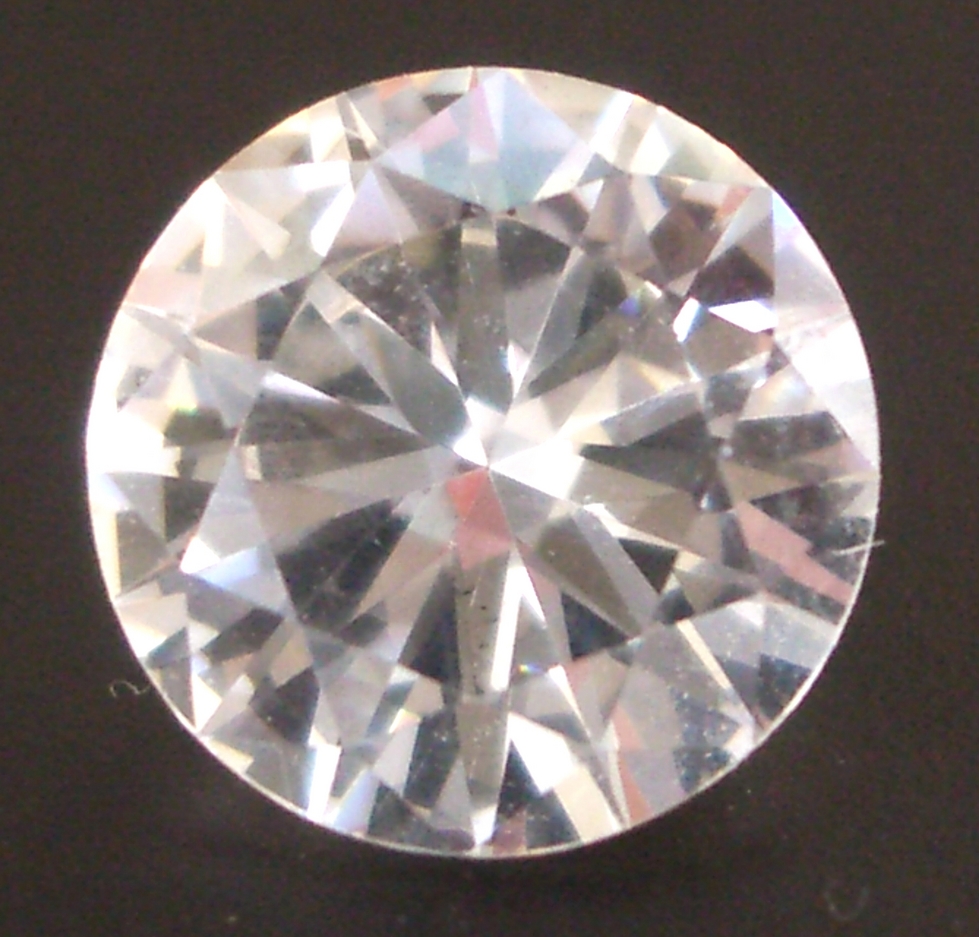 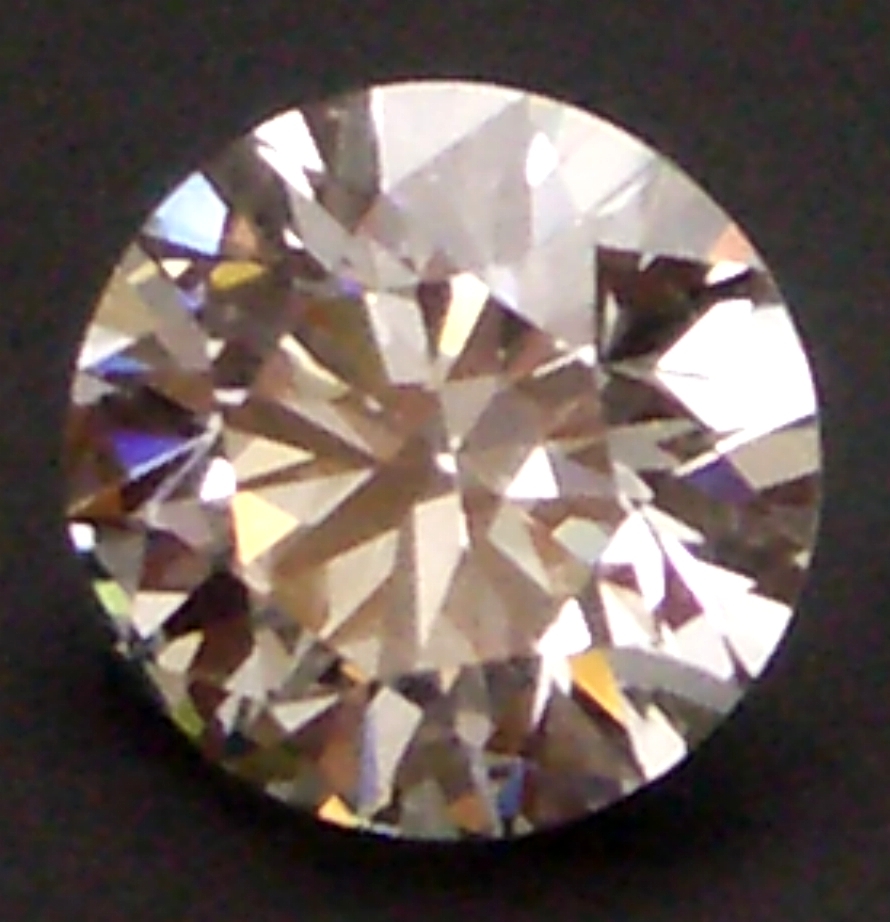 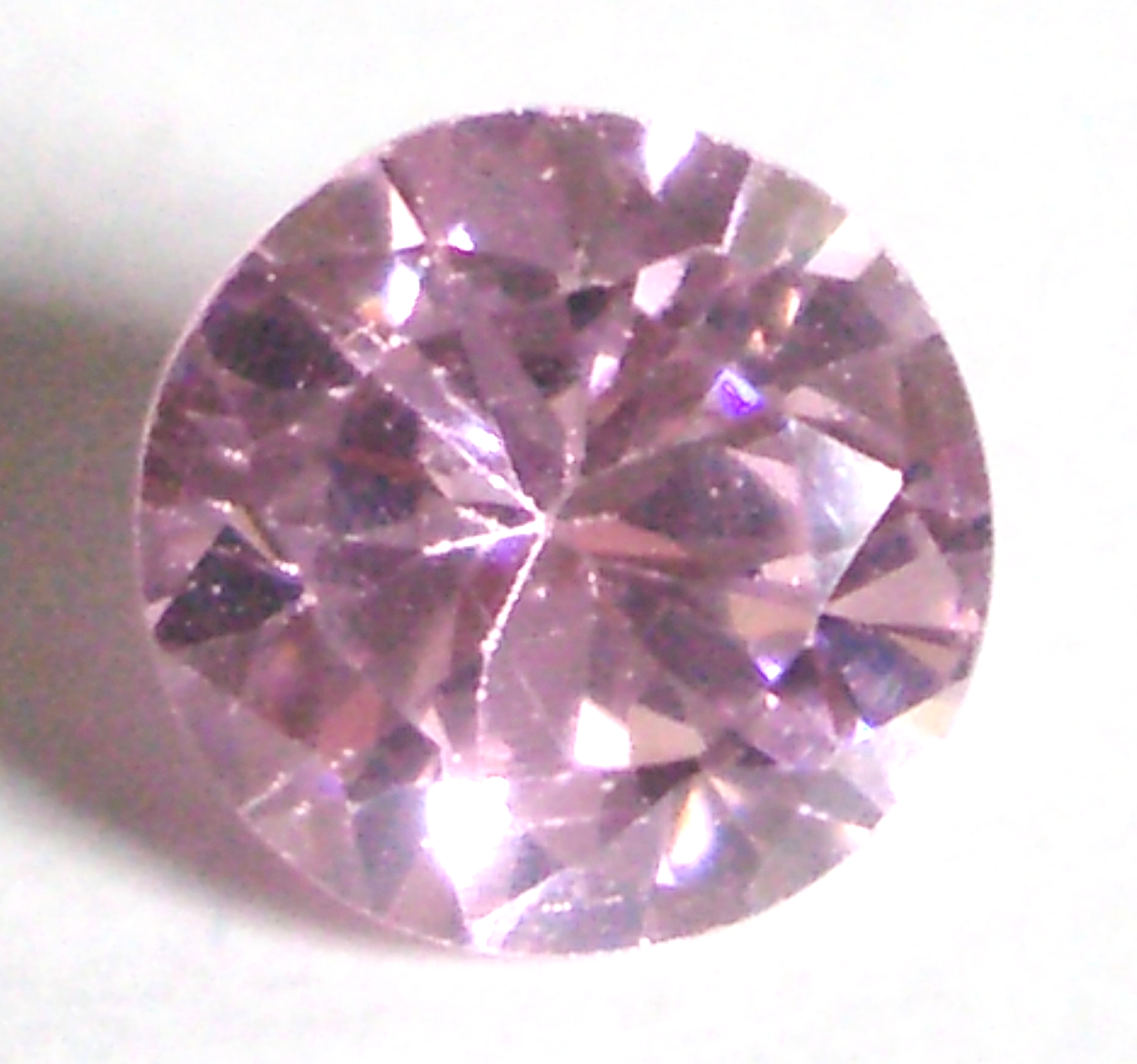 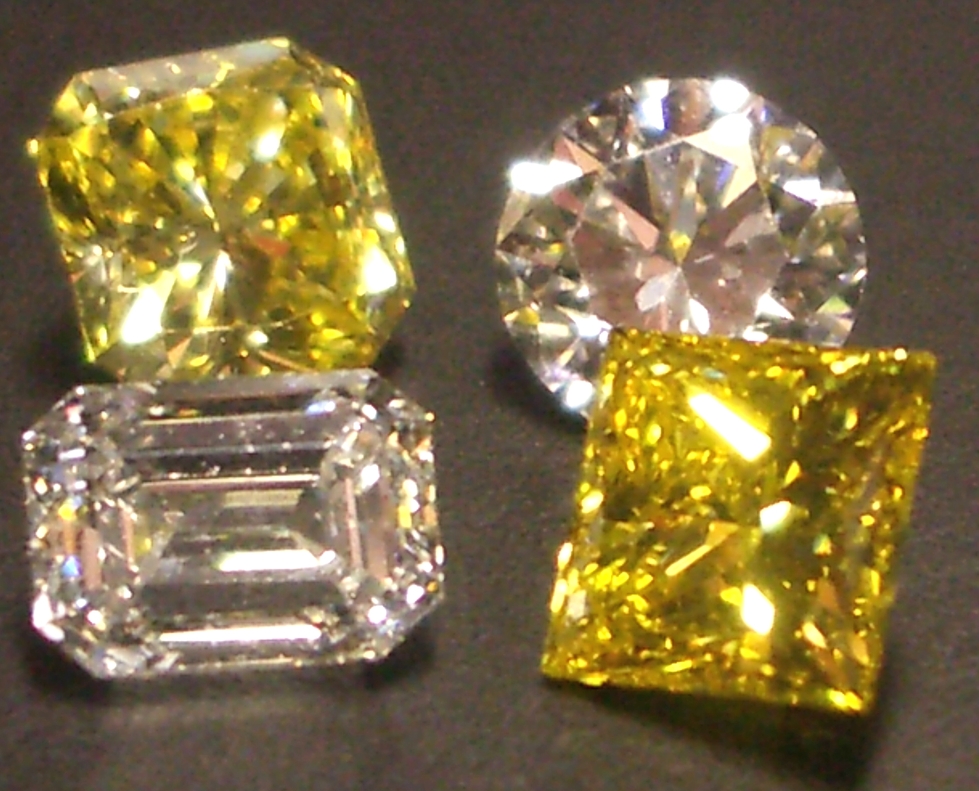 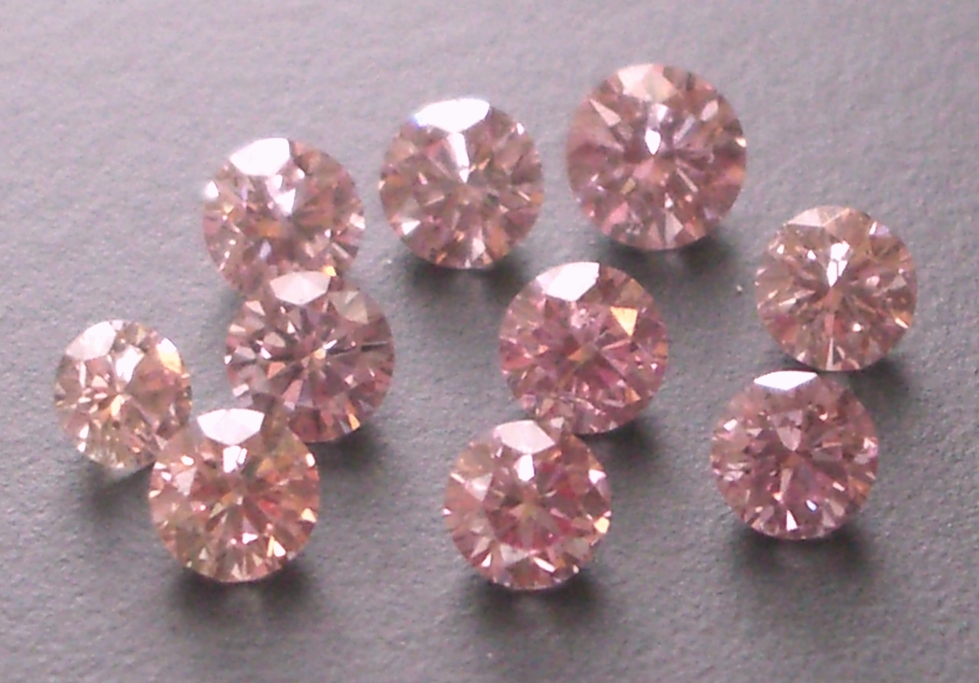 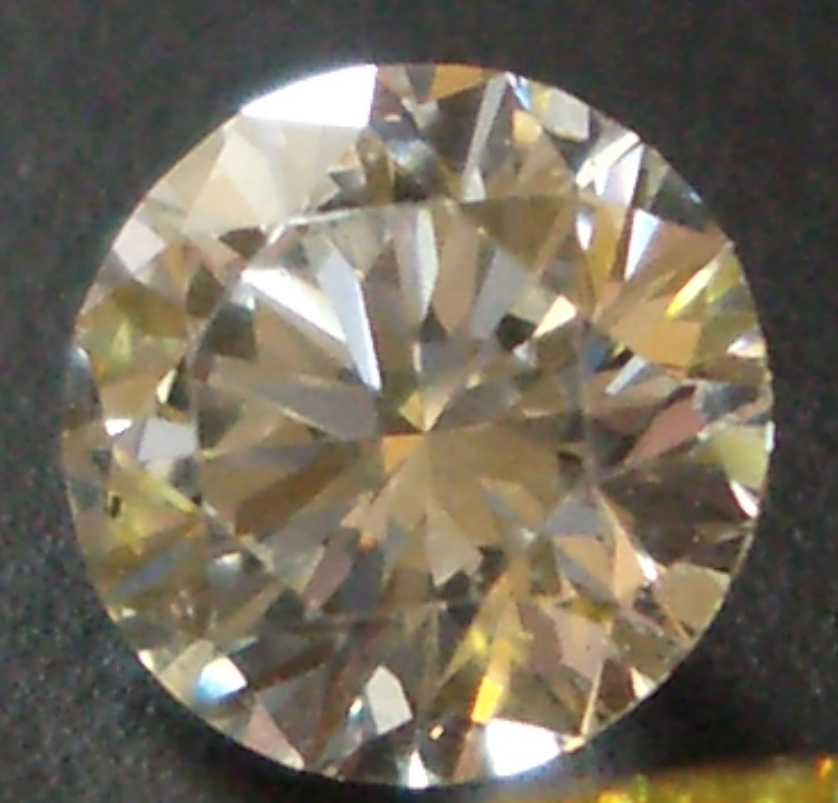 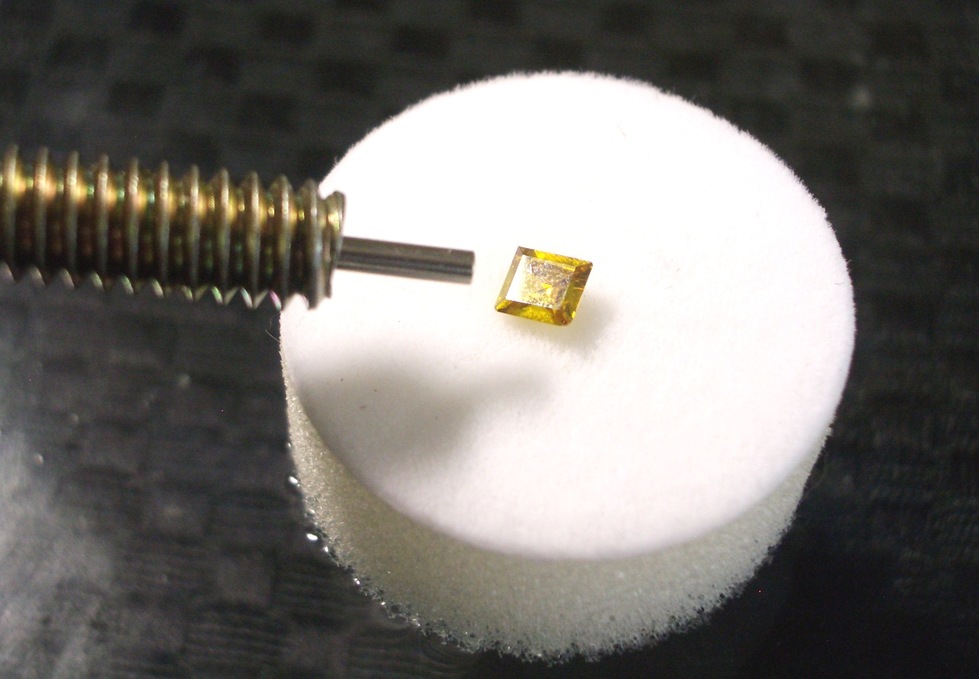 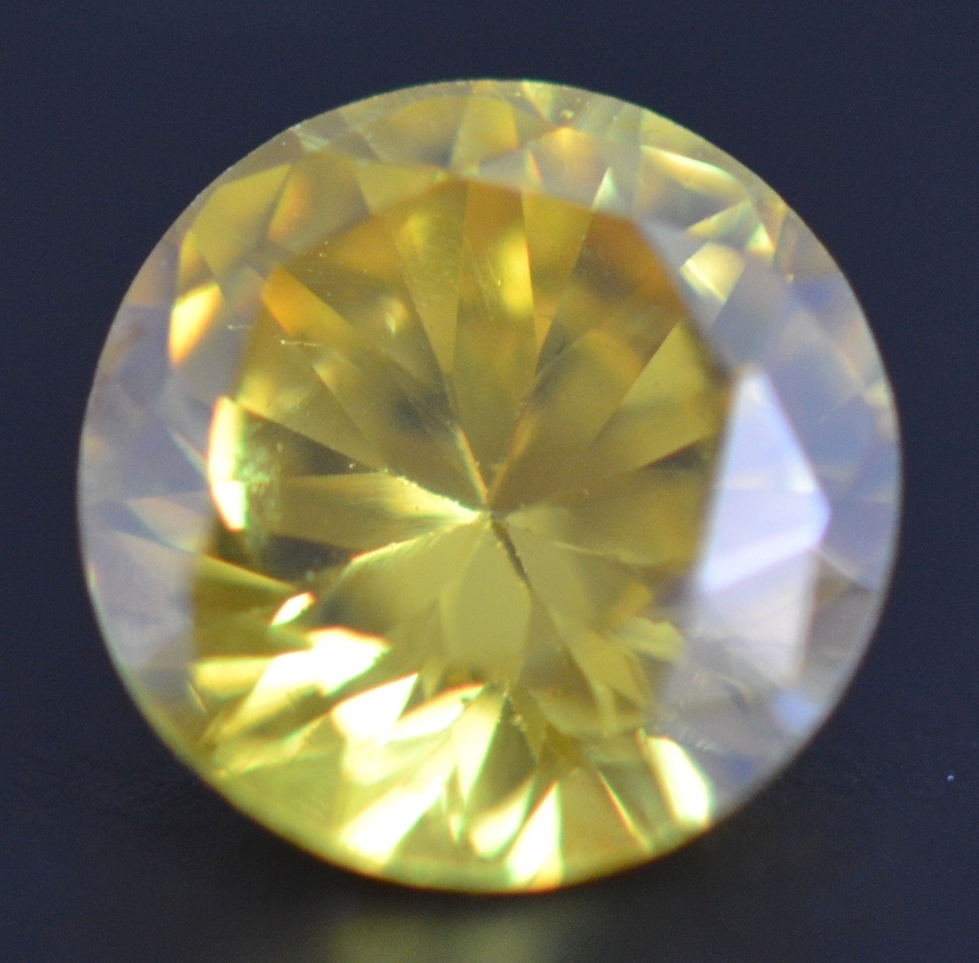 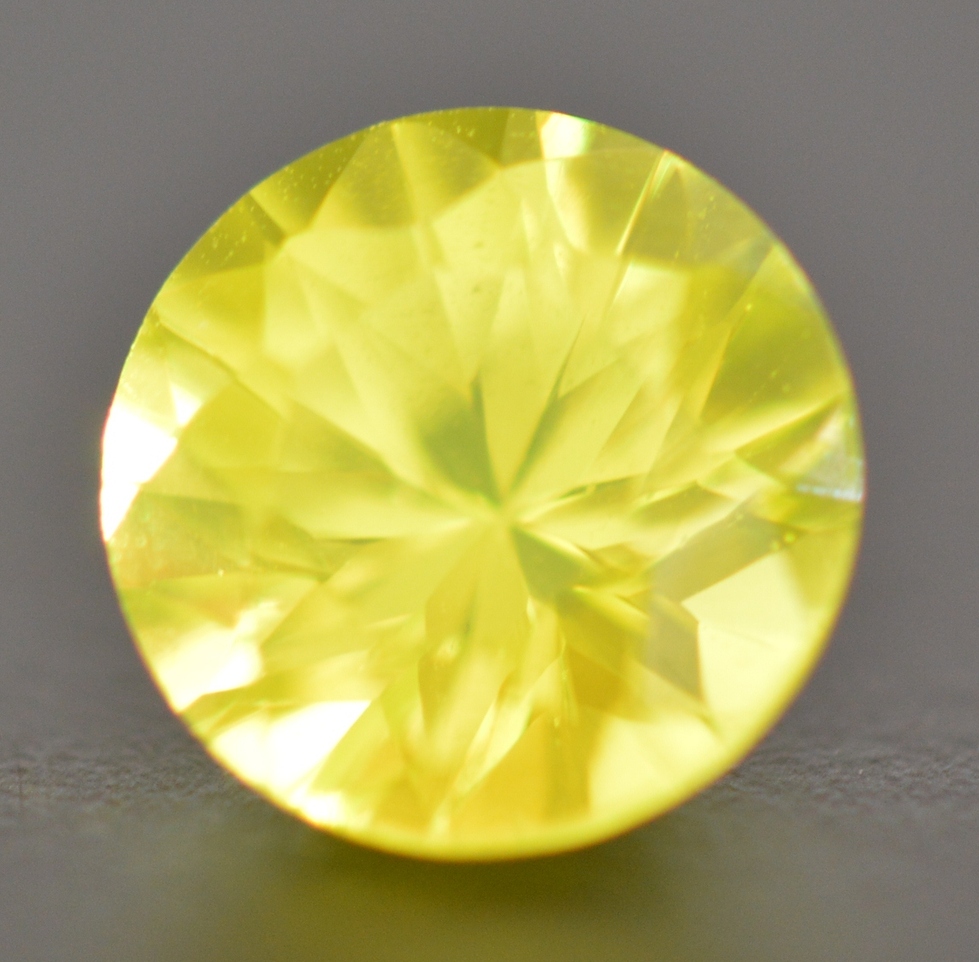 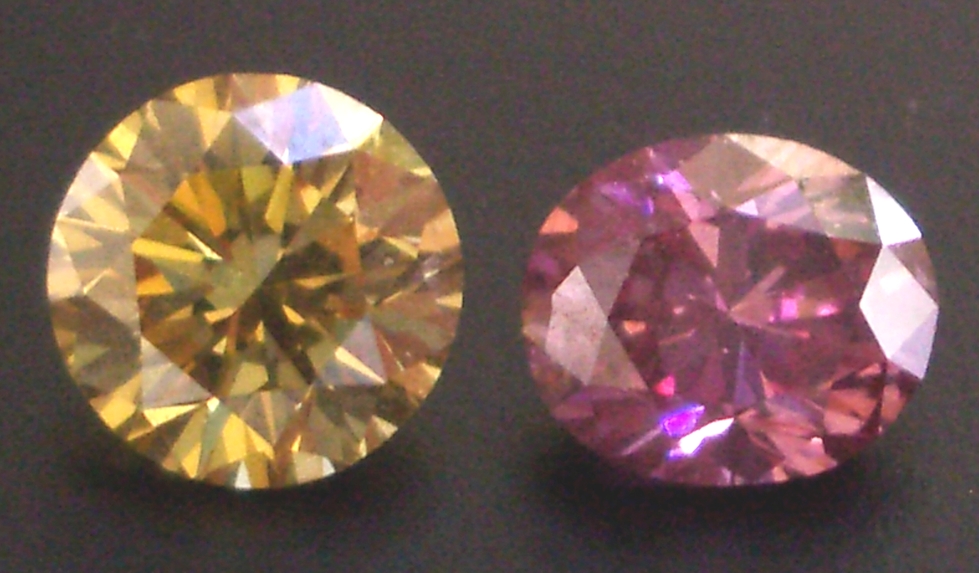 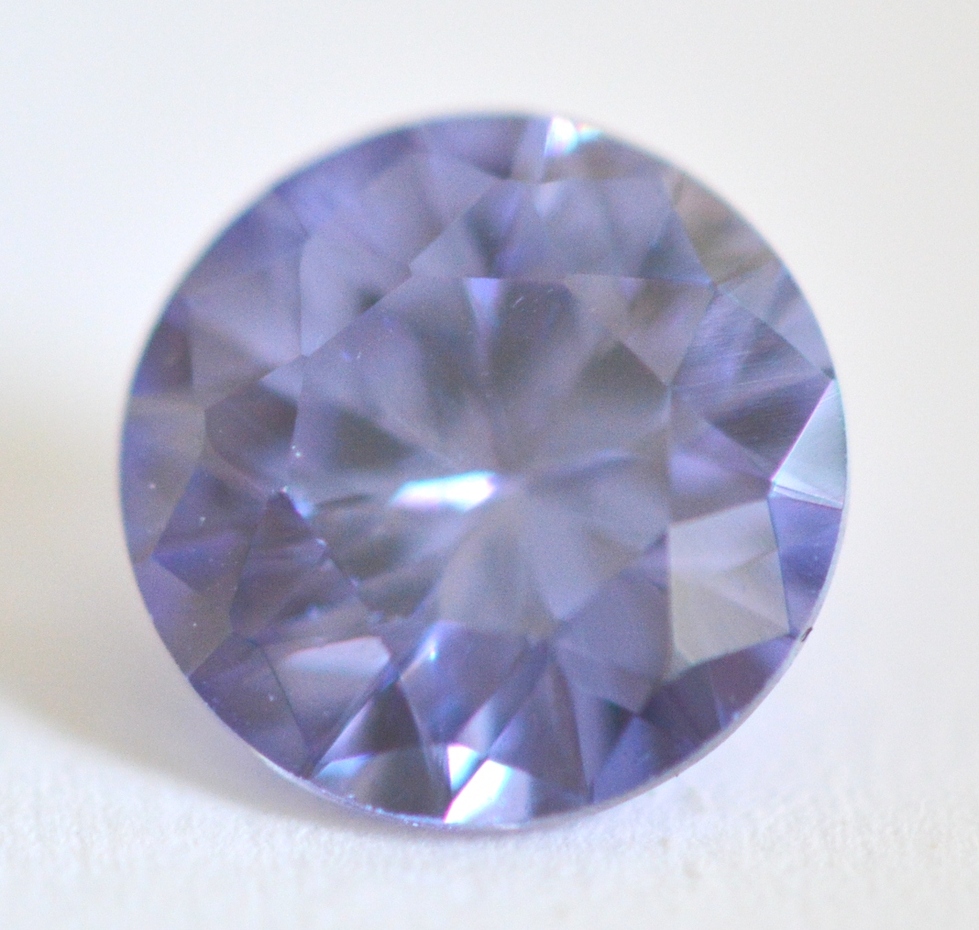 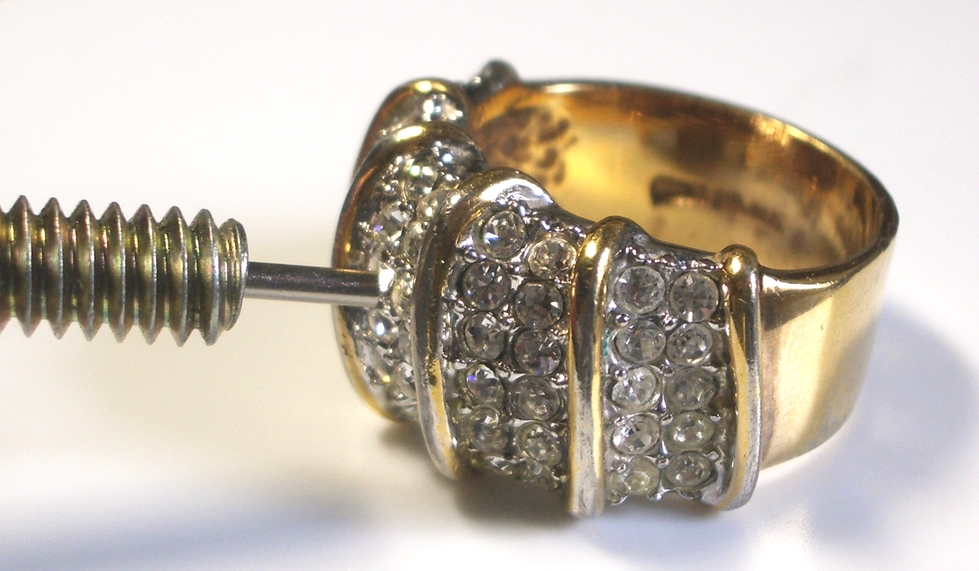 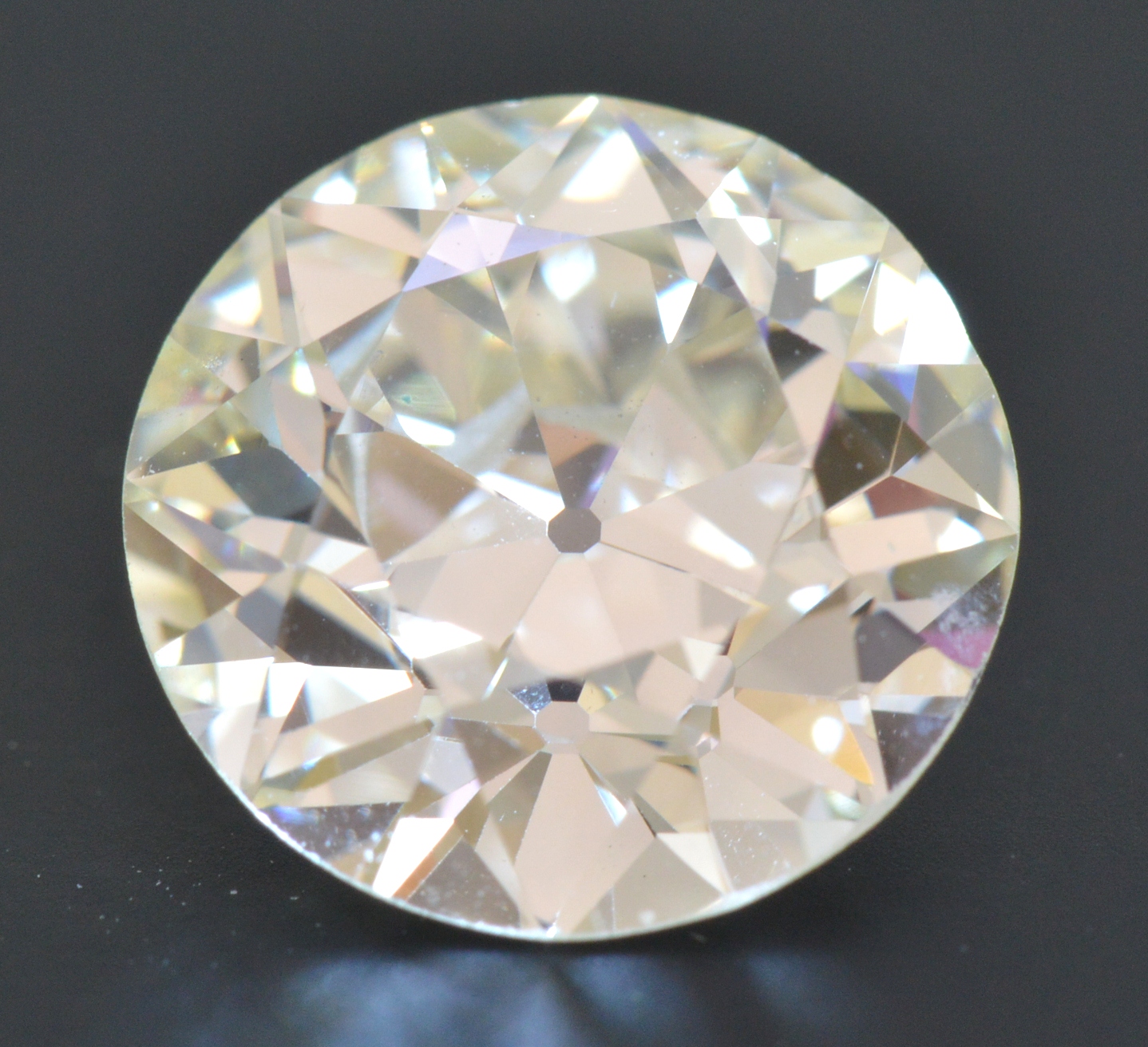 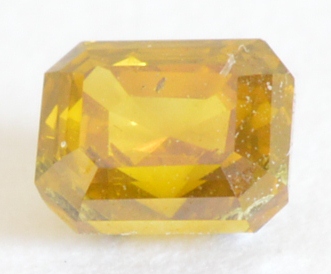 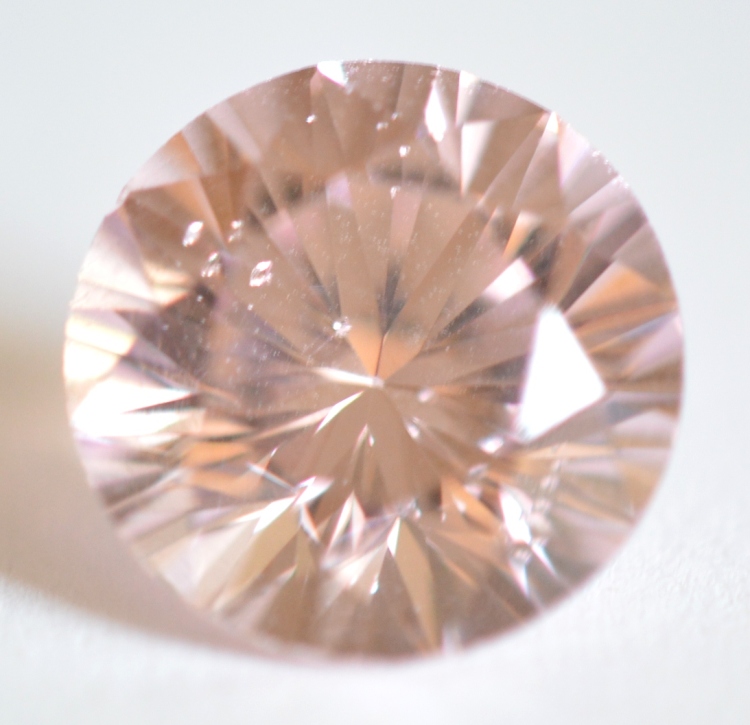 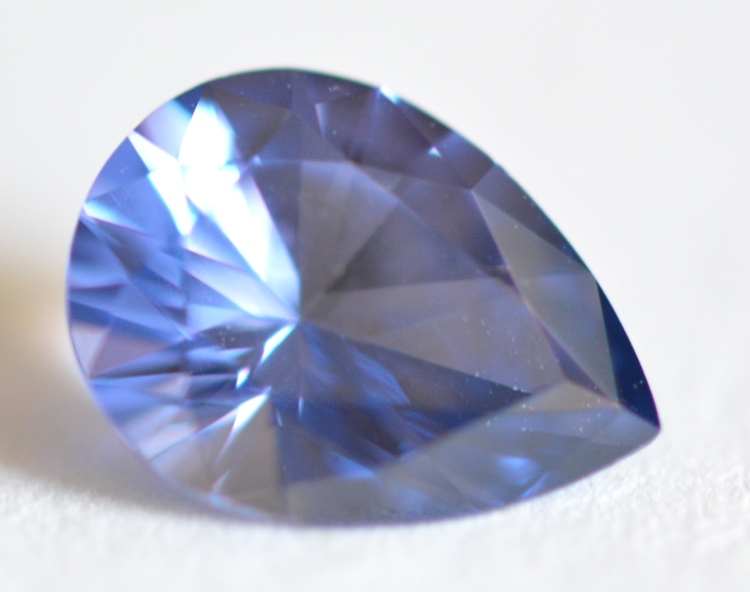 When colorless, all diamond imitations are inert (diamagnetic), with the notable exception of GGG, which picks up as a result of strong paramagnetism. The pick-up response of colorless GGG (and colored GGG) quickly identifies it. No other colorless gems show such a magnetic response except some synthetic Diamonds, which can be  ferromagnetic. Other than GGG, magnetic testing cannot be used to distinguish natural colorless Diamonds from colorless imitations.