It's interesting to note that gemstones which do contain detectable paramagnetic metal ions have a push-pull relationship with the magnet. They are simultaneously diamagnetic, with most of the gem’s chemical composition being weakly repelled away from the magnet, and paramagnetic, with trace impurities of metal ions dispersed throughout the gem being attracted toward the magnet. In most cases, the pull force is strong enough to overcome the repel force. In rare instances, a weak paramagnetic pull will be exactly balanced by the weak diamagnetic repulsion, and the gem will show no response to a magnet in either direction. This is the truest example of an inert response, but we refer to both this response and the much more common diamagnetic response as "inert".

About a third of all gem-quality minerals are diamagnetic and show a weak repulsion to a magnet. Not all are colored by light diffraction, color centers or other color-producing processes. Some simply have very low concentrations of metallic chromophores such as iron or chromium. The repel responses of diamagnetic gems help us separate them from gem types that are attracted to a magnet. In this website we apply the same terminology used for gem fluorescence to magnetic response, and so we refer to a negative or repel magnetic response as inert (not attracted to a magnet). Throughout this website we use the terms "inert"  and  "diamagnetic" interchangeably.

Some gems, such as Topaz and Opals with play-of-color, are not colored by paramagnetic metal ions. Their color is due to processes such as light diffraction from tiny spheres of silica (ex. Opal), or defects in the atomic structure of the crystal that give rise to color centers (ex. Topaz). Irradiation is often involved in the production of color centers. Gems colored in these ways are  "non-magnetic" or diamagnetic, meaning they show no attraction to a magnet. Instead, they are repelled by a magnet when floated on a raft in water (see video below).

For the purposes of gem identification, we will loosely use the term primary gemstone when referring to the gems that are most commonly found in jewelry, such as the species mentioned above. About 200 types of minerals produce gem-quality crystals, and of these, only about 20 to 40 minerals account for all the primary gems fashioned into jewelry. Many gems referred to here as secondary gemstones are less common and often rare gemstones. These may be fashioned for collectors, but they are often too soft, fragile or rare to be used in most jewelry, or are not consistently available for jewelry. Fluorite, Apatite, Kyanite and Calcite are examples of secondary gems that are typically diamagnetic. The less common gems often rank low on the hardness scale and are therefore easily scratched. In introductory gem identification classes, instructors are most concerned with the primary gems.

Some diamagnetic gems that can derive all or most of their color from color centers include Diamond, Zircon, Spodumene and Quartz. The varieties of Quartz with color centers are Amethyst, Citrine and Smoky Quartz. All these gems show magnetic repulsion rather than attraction.

A rare exception in Quartz are certain Citrines that are colored by iron impurities rather than (or perhaps in addition to) color centers, such as some natural red "Madeira" Citrines from Brazil, and on rare occasions even yellow Citrines. These rare Citrines can be weakly magnetic.

Gems of organic origin such as Pearl, Ivory, Amber, Coral, Shell and Jet are not colored by paramagnetic metals. All organic gems are inert (diamagnetic).

Below is an alphabetical list of 20 of the most common gems that are typically inert (diamagnetic). In a few of these cases, such as Apatite, Calcite and Glass, gems are occasionally weakly magnetic due to metallic coloring agents. In other diamagnetic gems such as Quartz and Common Opal, macroscopic and microscopic inclusions can result in magnetic attraction (paramagnetism).

This Citrine Shows a Diamagnetic Response 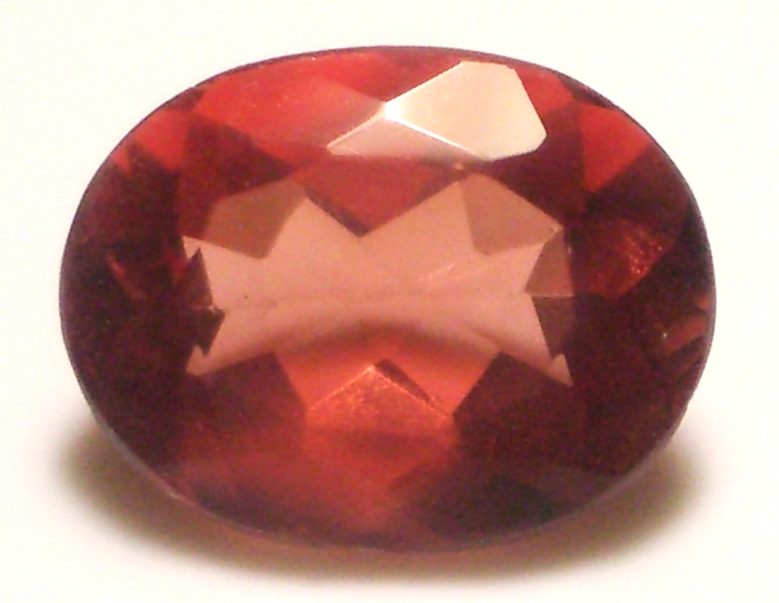 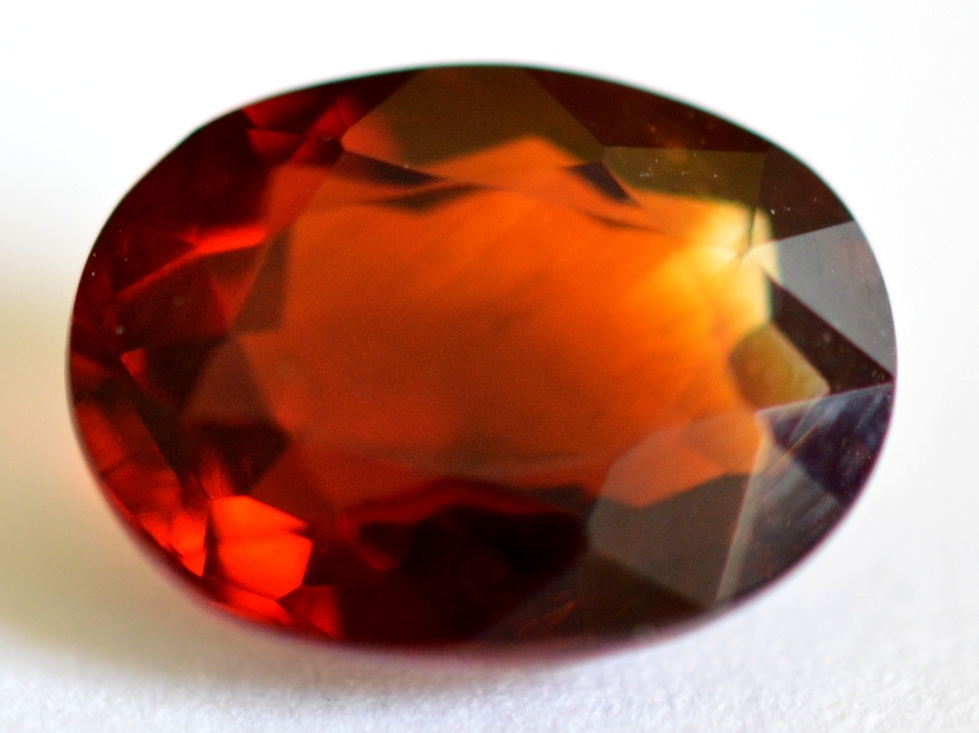 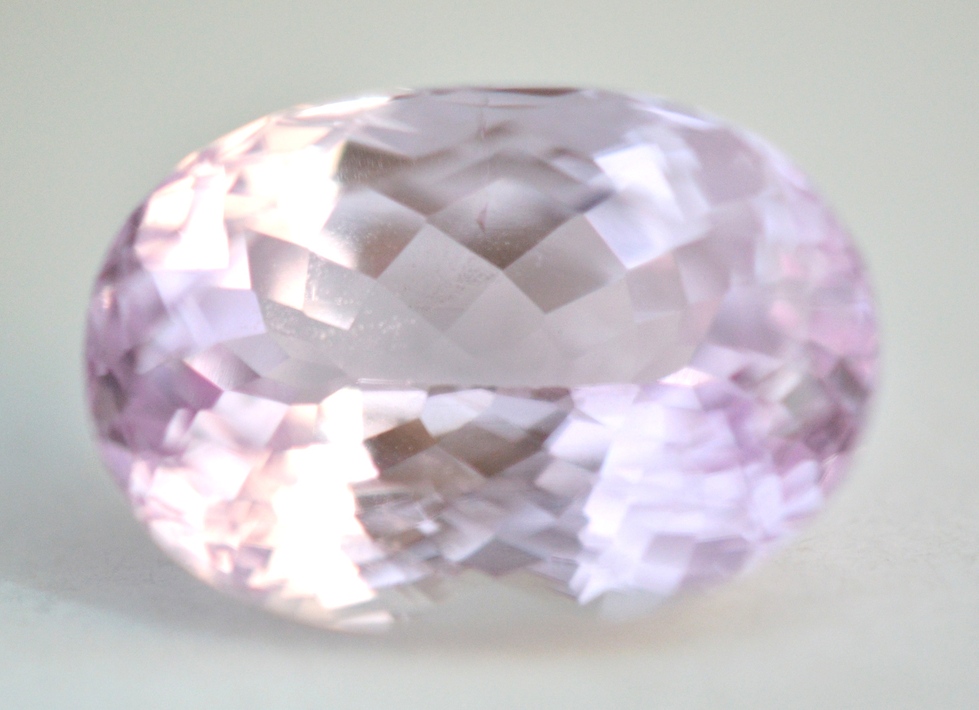 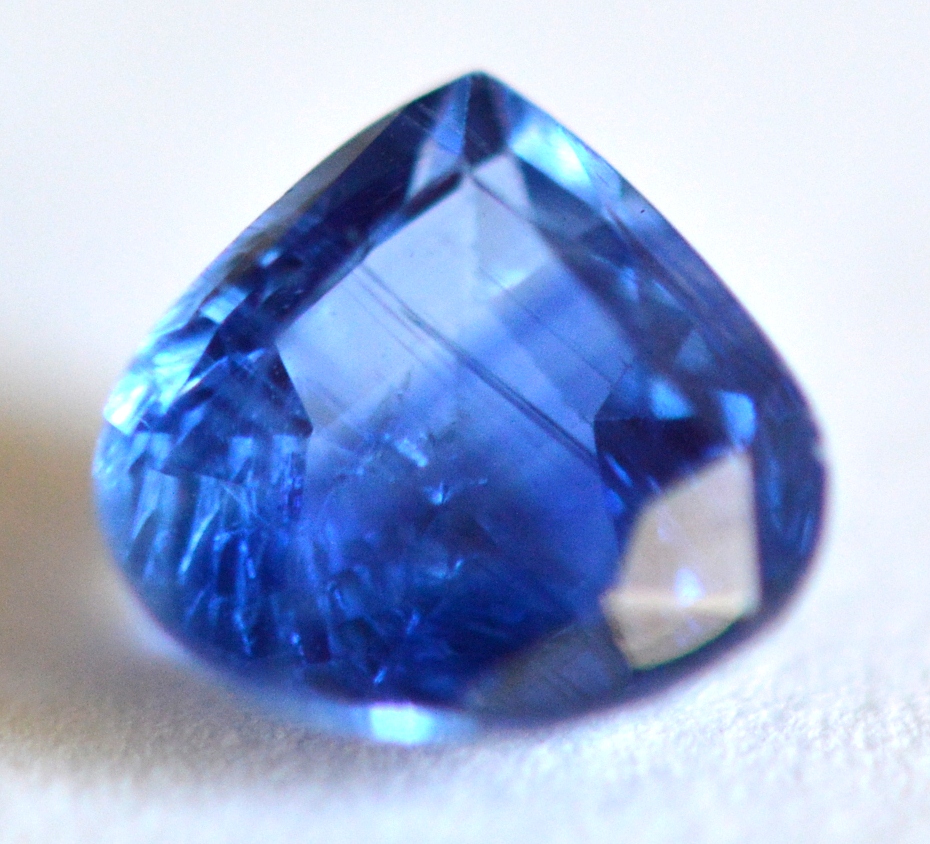 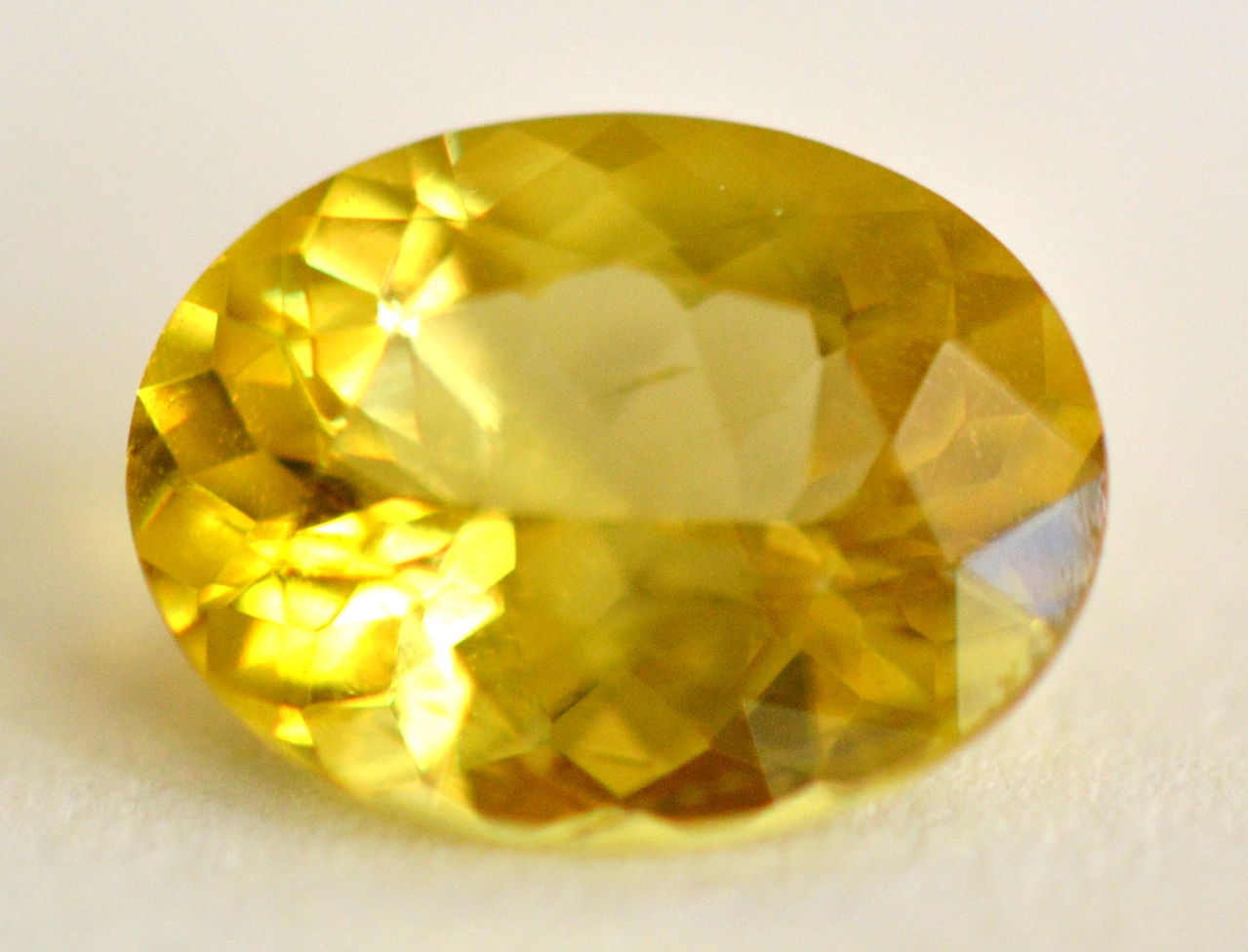 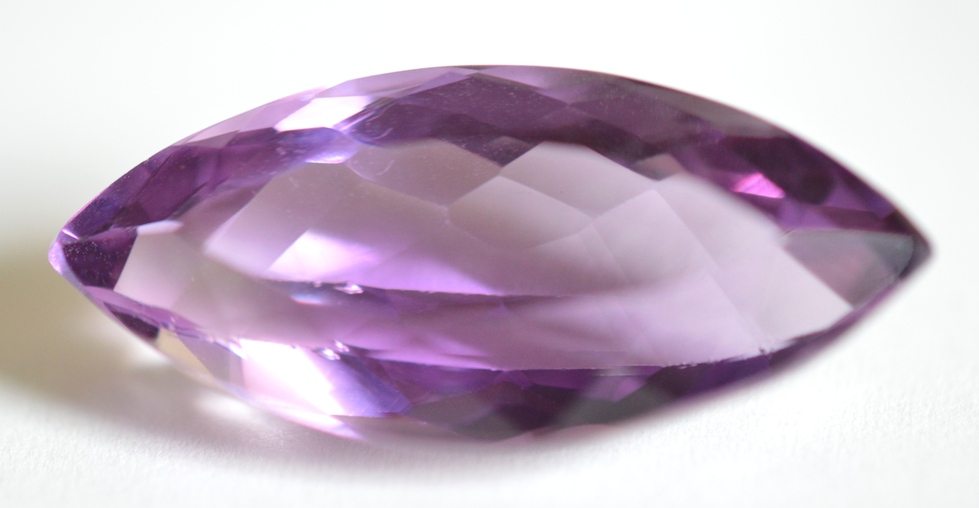 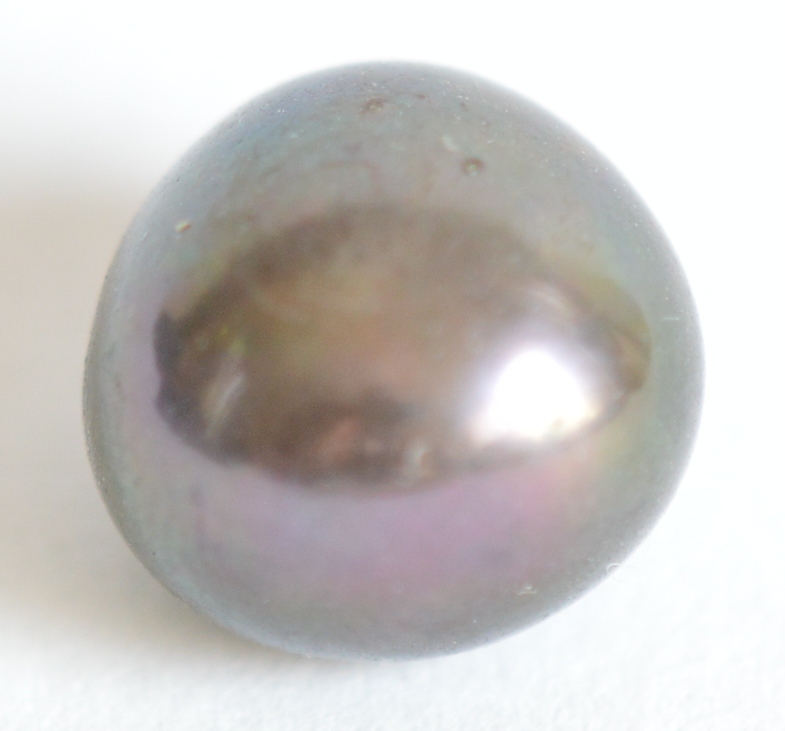 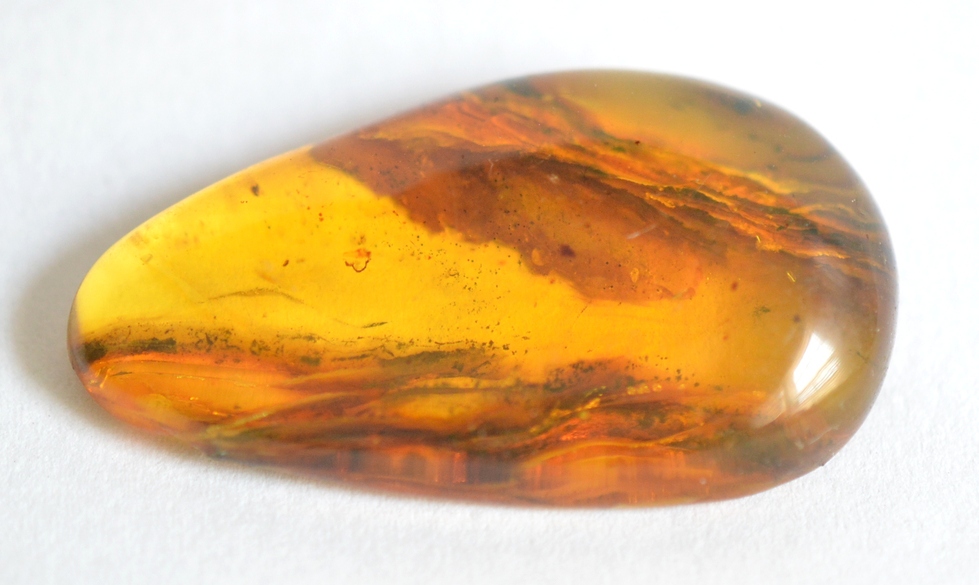 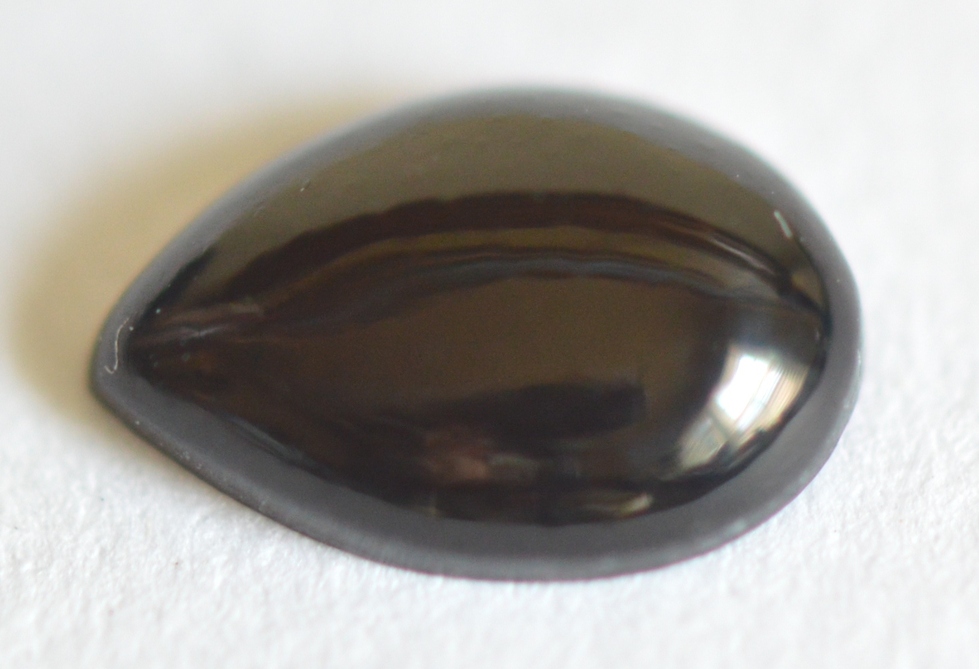 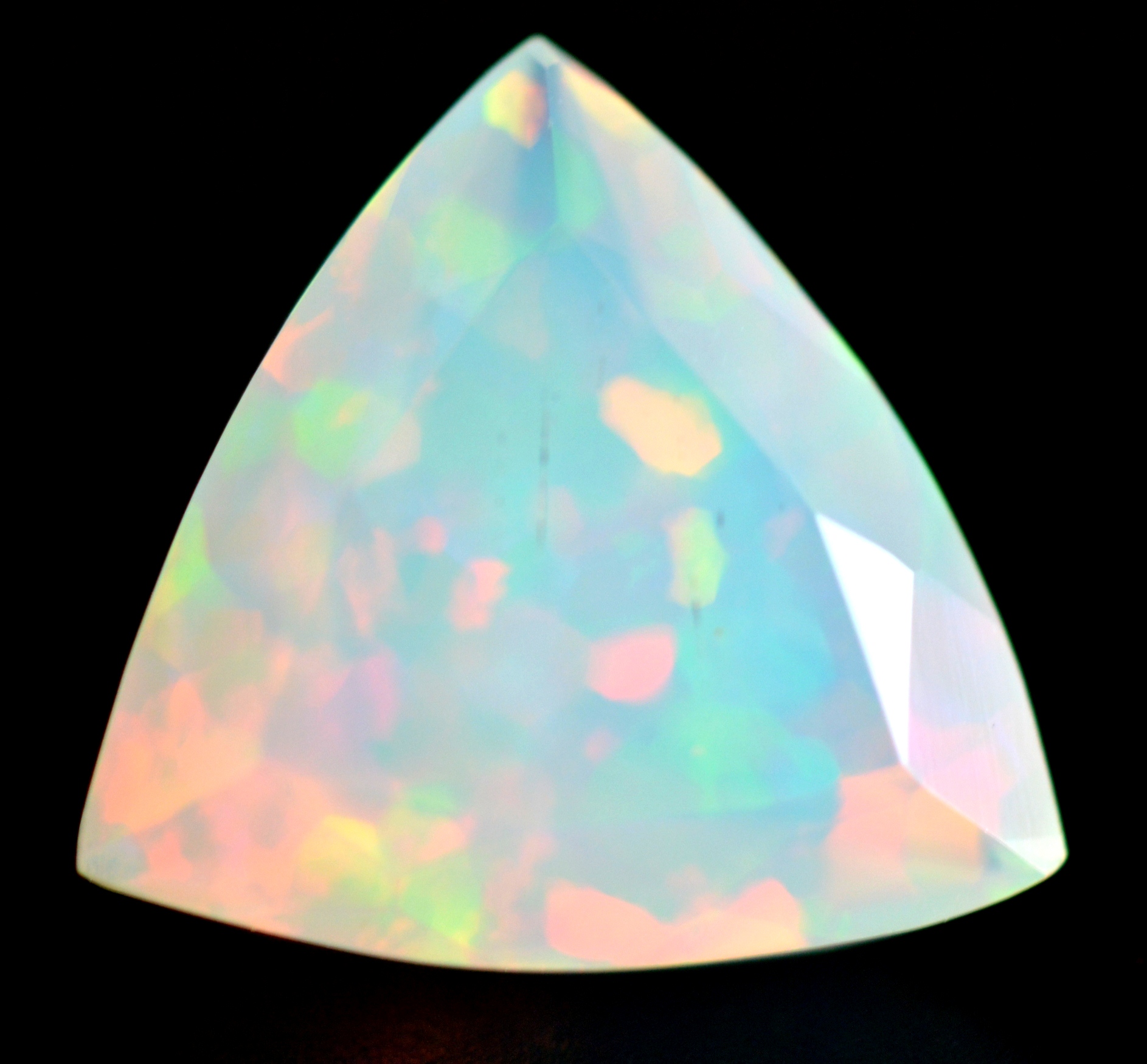 Topaz as a gem species is diamagnetic. Regardless of color, we have not found any Topaz gems that show magnetic attraction. "Imperial" Topaz is colored by chromium in addition to color centers, but the amount of chromium is too small to be magnetically detectable.