Theoretical and technical details about magnetism can quickly become overwhelming, but gem testing with a hand-held magnet is simple. We’re just observing gemstone responses. Knowing which types of metals are present in a gem, and which valence states, is not necessary for gem identification. Anyone can enjoy using magnets to separate and identify gems without understanding gemstone chemistry or the physics of magnetic responses.

Although precise quantitative measurements of magnetism requires a Hoover balance, a hand-held magnetic wand is actually a more sensitive instrument. This is because a magnetic wand uses a much larger magnet with a greater total pulling force. Very weak levels of magnetism that cannot be detected by the tiny magnets used in a Hoover balance can be detected with a magnetic wand when we use the Floatation Method (see page 2 of How to Use a Magnet). The magnetic wand is a reliable tool for determining the approximate level of magnetic susceptibility of any gem, which is all we need for basic gem identification. The responses we observe (inert, weak, moderate, strong, drag, pick-up) provide a wealth of information for separating and identifying gemstones.

﻿We measure magnetic susceptibility (SI) with a Hoover Magnetic Susceptibility Balance, an instrument developed by geophysicist and gemologist Dr. D.B Hoover, along with Bear Williams (see the 2007 article Magnetic Susceptibility for Gemstone Discrimination). This instrument, which can be assembled using the base of a compound biological microscope in conjunction with a digital gem scale, simply measures the loss of weight of a gem as it is pulled upward from a digital scale by the magnetic field of a small neodymium magnet.

In technical terms, the instrument measures volume magnetic susceptibility, and the quantitative measurements are represented as SI (International System of Units) X 10(-6) or 10 to the minus 6th power. Magnetic susceptibility is the degree of magnetism in terms of the ratio of the induced magnetic field of the gem to the inducing field of the magnet. The SI ranges for most gems are listed in Kirk Feral's Magnetic Susceptibility Index for Gemstones.

Even though the concept of the Hoover balance was published in 2008, the advantages of this important instrument have not yet caught on, and no Hoover balances are currently in use in gem research labs or student training facilities anywhere. The balance is not commercially available, but anyone with a little ingenuity can learn to assemble and use a Hoover balance by referring to the descriptive article in the Journal of Gemology titled Magnetic Susceptibility: A Better Approach to Defining Garnets authored by Hoover, Williams and associates at Stone Group Laboratories.

A Magnet is Lowered

to the Table Facet of a Gem

The Hoover balance is the only instrument that allows us to take precise quantitative measurements of magnetism in faceted gemstones. Magnetometers such as CGS meters and Kappa meters used today in mineralogical research to measure paramagnetism in soils, rocks and minerals are more sensitive than the Hoover balance. But magnetometers are not suitable for testing gemstones because the varying shapes of faceted gems affect magnetic readings. Cut gems and even rough crystals would have to be crushed or ground into powder in order for accurate measurements to be taken with such instruments.

Fortunately, the the ingenious design of the Hoover Balance makes gem shape irrelevant as long as the surface of the magnet pole can fit within the surface area of a polished facet or flat gem surface. Any stone with a smooth flat surface that is 2mm or more in diameter can be measured for magnetic susceptibility, providing the weight of the stone does not exceed the capacity of the digital scale. Measurements are confined to a flat surface on the gem to avoid variations in magnetic susceptibility readings caused by variations in the shape of the gem.

Click this link to continue on: How to Use a Magnet for Gem Identification

How to Use the Magnetic Susceptibility Index:

Every gem species and variety has a characteristic response or range of magnetic response listed on the Magnetic Susceptibility Index, and the response we observe when we apply a magnetic wand to a gem can be checked against that Index to help us identify the gem.

That's all there is to it. Once you start using magnetic testing routinely, you'll remember what magnetic responses to expect from most major gemstones without having to refer to the Index.

You may find it helpful to refer to the SI column on the Index to get a better sense of the differences in the degree of magnetism shown by different types of gemstones. Because SI (magnetic susceptibility) measurements are quantitative, differences between gem species and varieties can be seen more precisely in this column.

As an alternative to the Index on this website, those who use the Gemology Tools Professional (GTPro) software program can find magnetic responses listed on the Gemstone Database. GTPro incorporates most of the magnetic responses listed in our Index. The 2014 or later online edition of the Handbook of Gemmology is another teaching aid/reference book that includes information about magnetic testing derived from our website gemstonemagnetism.com. The Handbook incorporates portions of our Magnetic Susceptibility Index on Appendix K, including magnetic response ranges and magnetic susceptibility (SI) ranges.

Testing with a Magnetic Wand

How Magnetic Are Gems?

Measuring magnetic susceptibility with a Hoover balance is particularly useful for Garnets, providing a means to identify individual Garnet gems with accuracy that was previously impossible without very sophisticated and very costly instruments. As a practical example, any Garnet gem can be identified at the species level by simply measuring its magnetic susceptibility. This is a more precise identification than what is possible with a spectroscope.

When we add refractive index measurements to these magnetic susceptibility measurements, we can go much further with the identification of Garnet and determine the key chemical composition of individual gems. A single Garnet gem can contain two or more paramagnetic metals. We can use the RIMS method (Refractive Index, Magnetic Susceptibility) developed by Hoover to infer what percentage of the total magnetic susceptibility is caused by one metal relative to another i.e. how much of the magnetism is due to divalent iron (Fe2+), how much to trivalent iron (Fe3+), and how much to divalent manganese (Mn2+).

The RIMS method of plotting refractive index and magnetic susceptibility measurements of Garnets onto a graph also allows us to identify gems at the variety level, not just the species level, and also provides a means to estimate the composition of an individual Garnet in terms of percentages of the 3 primary end-member species within the gem. See the Garnet section for more detailed information about how this method can be used to identify Garnets and determine Garnet composition. 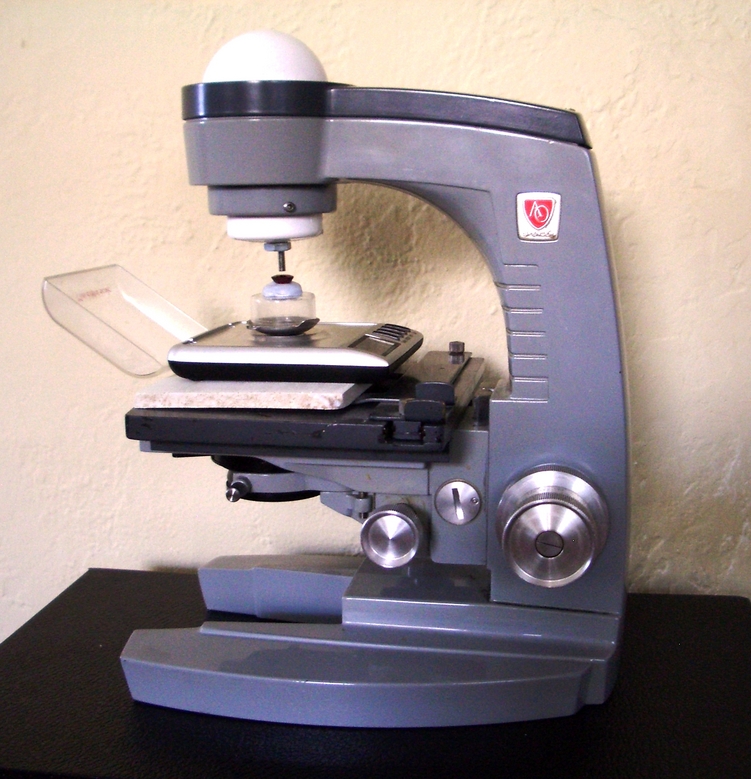 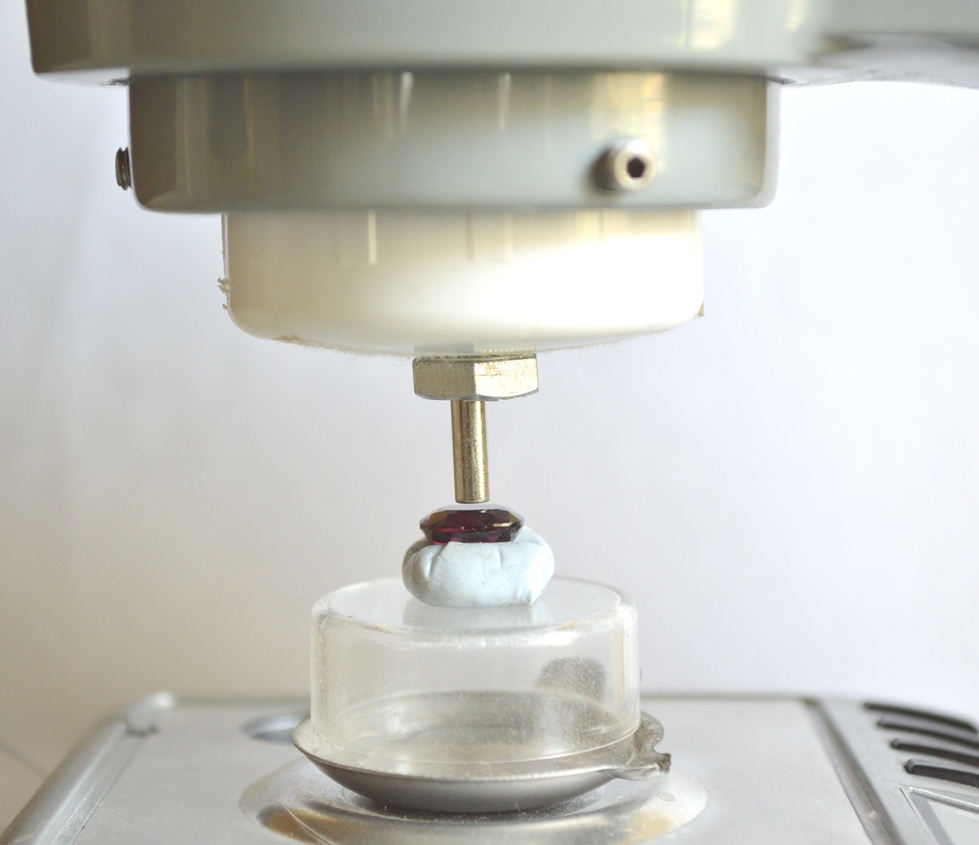 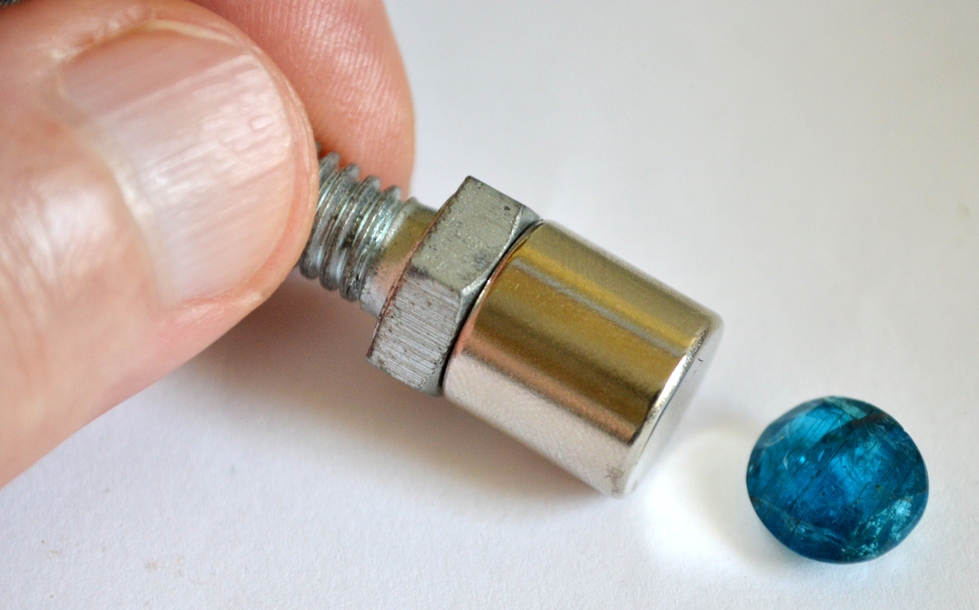 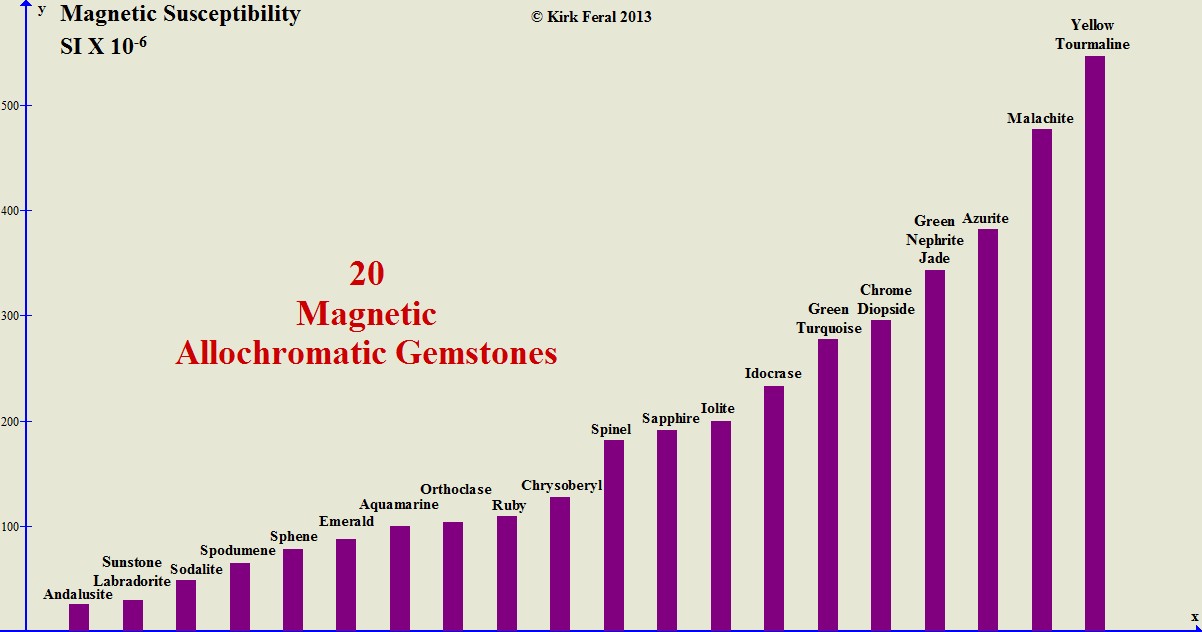 At the microscopic and sub-microscopic level within gems and minerals  there often exist extremely small inclusions of compounds and foreign minerals embedded during geologic formation of the crystal. Some of these inclusions can exhibit various types of weak to strong micro-magnetism  (paramagnetism, ferromagnetism and other types of magnetism) due to the trace amounts of transition metals and rare-earth metals they contain. Collectively, the low level of localized magnetism in these minuscule particles is usually too small to be detected with a neodymium magnet. An ultra-sensitive instrument such as a S.Q.U.I.D magnetometer is able to measure micro-magnetism within micro-inclusions, but only when the magnetism is ferromagnetic, produced primarily by particles of iron compounds. Gem and mineral samples must be pulverized in order to take such measurements. Extremely low levels of ferromagnetism can be recorded quantitatively as electromagnetic units, magnetic moments or mass magnetic susceptibility. Such measurements are mainy of significance to geologists, mineralogists and geophysicists, but for the purposes of gem identification with magnetic testing, we are not concerned with them.