Black Gems: Opaque black stones such as black Tourmaline (Shorl), black Garnet (Melanite), black Star Diopside, black Obsidian, Psilomelane and black aggregate rocks are very magnetic because of high iron and/or manganese content, and will often be picked up or dragged by an N52 magnet. Opaque Black Star Sapphires are only weakly to moderately magnetic.

Hematite: Hematite is a natural iron oxide mineral that forms hexagonal crystals. Most of the published information about natural Hematite informs us that it is non-magnetic or only weakly magnetic, but such information is based on testing with common household magnets. Natural Hematite is very magnetic and will be picked up by a neodymium magnet. However, Hematite does in most instances have a considerably lower magnetic susceptibility than its man-made counterpart "Hematine", which is an iron oxide compound manufactured with barium and strontium additives. Natural Hematite is a paramagnetic mineral, while man-made "Hematine" is a ferromagnetic material. Hematite picks up with a much weaker force than does "Hematine".

Metallic Cabs and Minerals: Cabs and mineral specimens containing solid iron, iron-nickel alloys or iron compounds can be intensely ferromagnetic and jump to an N52 magnet. Examples include Meteorites, Tiger Iron, and man-made "Hemetine", an imitation of Hematite used in jewelry. These gems and minerals can retain a weak magnetic field of their own after being exposed to a magnet.

When cut in thin section, Hematite appears red rather than black or gray. Transparent natural gemstones such as Hematoidal Topaz, "Strawberry" Quartz  and Oligoclase "Sunstone" (a.k.a. "Confetti Stone"), all pictured below, contain natural red inclusions of Hematite. The hematoidal inclusions can be extremely thin. These gems show no attraction to an N52 grade neodymium magnet, probably because the amount of iron is so small.

Translucent black gems like Obsidian can be strongly magnetic, but may not pick up like opaque stones. Transparent bluish-black Spinel gems and transparent brownish-black Obsidian gems show weak to Moderate responses due to relatively low iron.

Translucent and Opaque Gems That Pick Up

Rhodochrosite and Rhodonite are bright pink to red, mostly translucent to opaque stones that can show a Pick-up response. Opaque stones are commonly used as ornamental lapidary materials in the form of opaque slabs, cabs and beads. Large cabs can be too heavy to pick up with a magnet, but they show a strong attraction when floated. Rhodochrosite cannot be distinguished from Rhodonite by magnetic response alone.

Some ornamental mineral cabs, and some cabs fashioned as gemstones from rocks (aggregates of minerals), will stick to a magnet. Pick-up and Drag responses can be seen with cabs containing various minerals such as red Jasper, green Serpentine, black Nephrite Jade, and red Rhyolite. In these cases, magnetic responses may not help with gem identification. Other cabs and rocks with similar colors and the same minerals may not pick-up or drag because the concentrations of iron and manganese are lower.

Some black gems are magnetically inert (diamagnetic). Black Carbonado Diamond, which is composed of non-magnetic carbon, is an example. Other examples include black organic gems such as black Coral, black Pearl and Jet, none of  which contain paramagnetic metals.

Natural black Onyx is a Chalcedony variety colored by microscopic inclusions of iron oxide compounds, and this gem also shows no magnetic attraction. There are several possible reasons why Onyx is not magnetic: 1) dispersed ions of iron may be in concentrations too low to generate a magnetic attraction, as is the case with orange Carnelian Chalcedony; 2) black color may be due primarily to intervalence charge transfer processes that do not produce magnetic susceptibility; 3) the Onyx may be dyed or carbonized. Most black Onyx on the market today has been treated.

To clearly separate natural Hematite from man-made imitations, the direct method using a household magnet instead of a neodymium magnet is actually the preferred test. Most natural Hematite, including native varieties such as hexagonal crystals, "Iron Rose" Hematite and glittery "Specular" Hematite, will not be picked up by a relatively weak horseshoe magnet or a refrigerator magnet. In contrast, man-made "Hematine" beads and cabs will often jump to these weaker magnets. 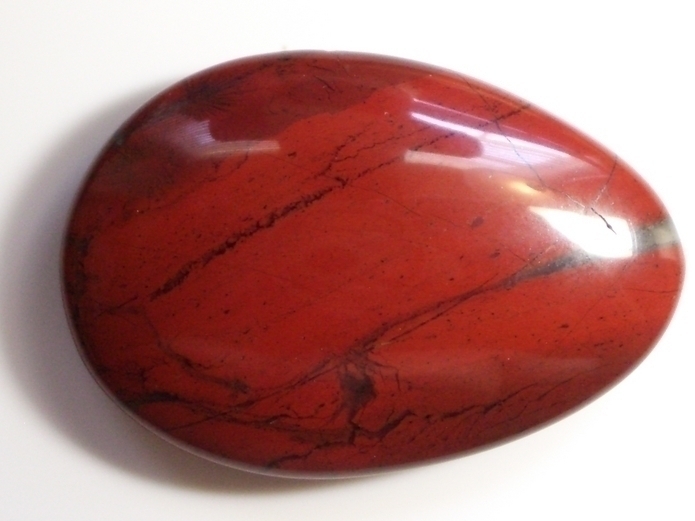 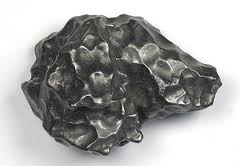 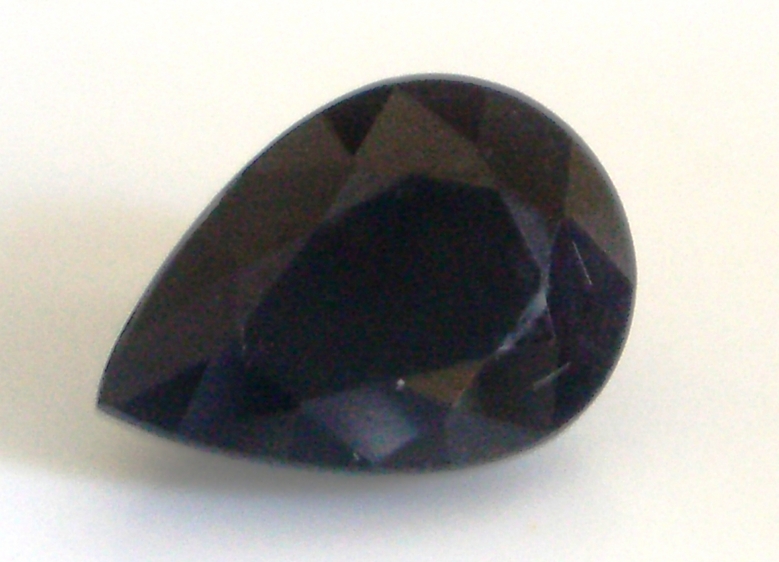 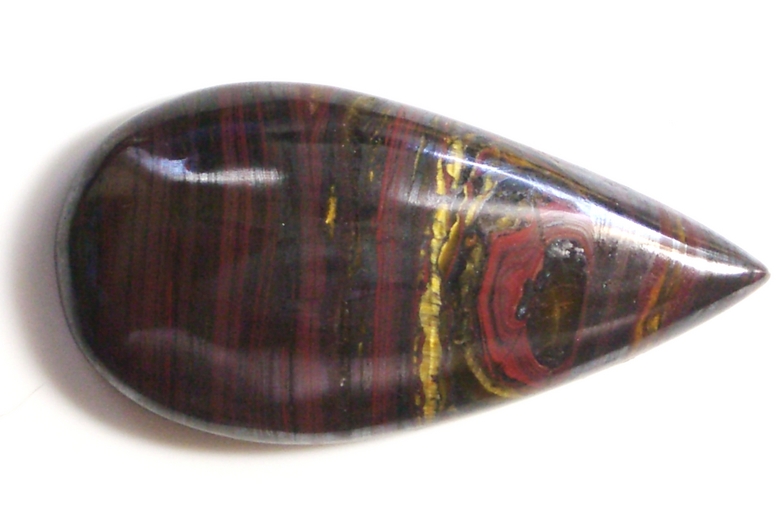 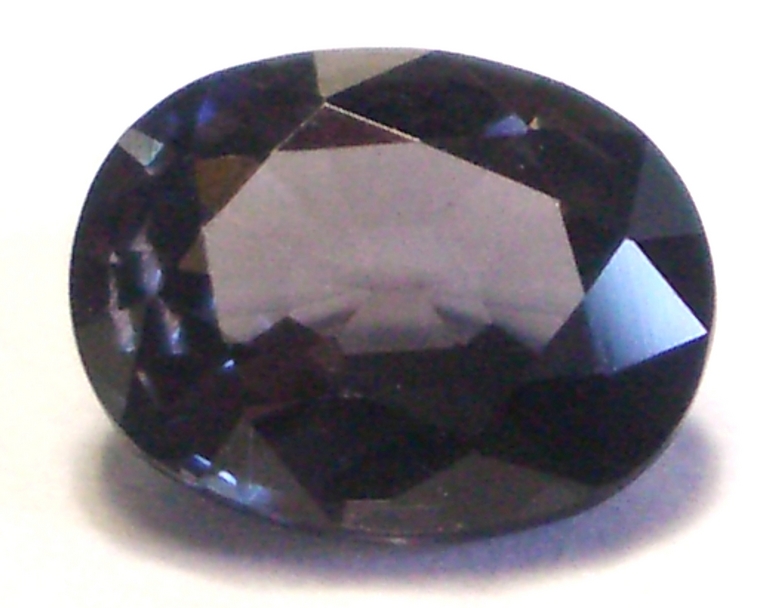 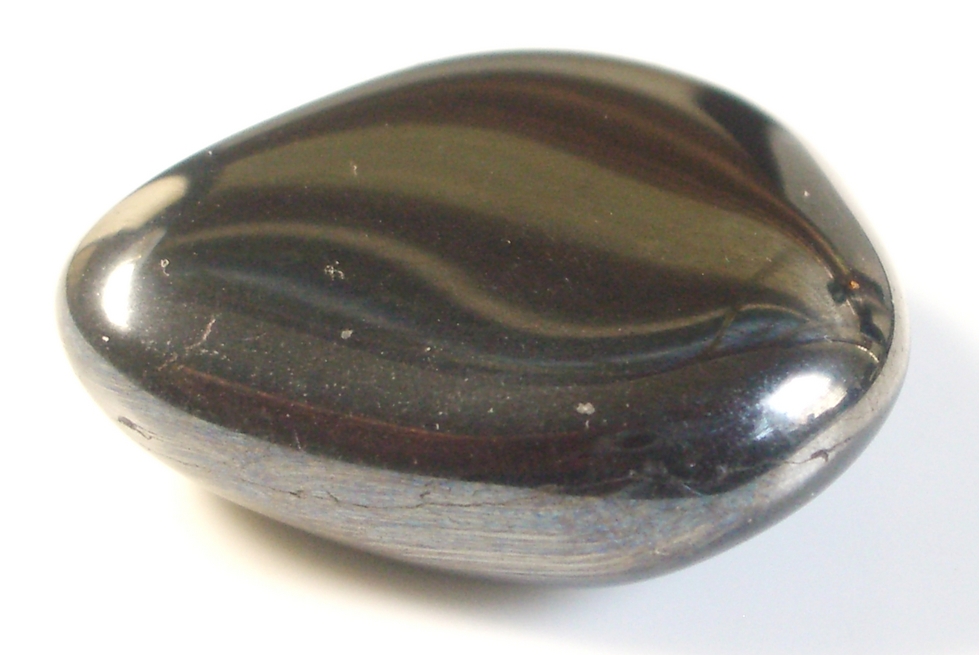 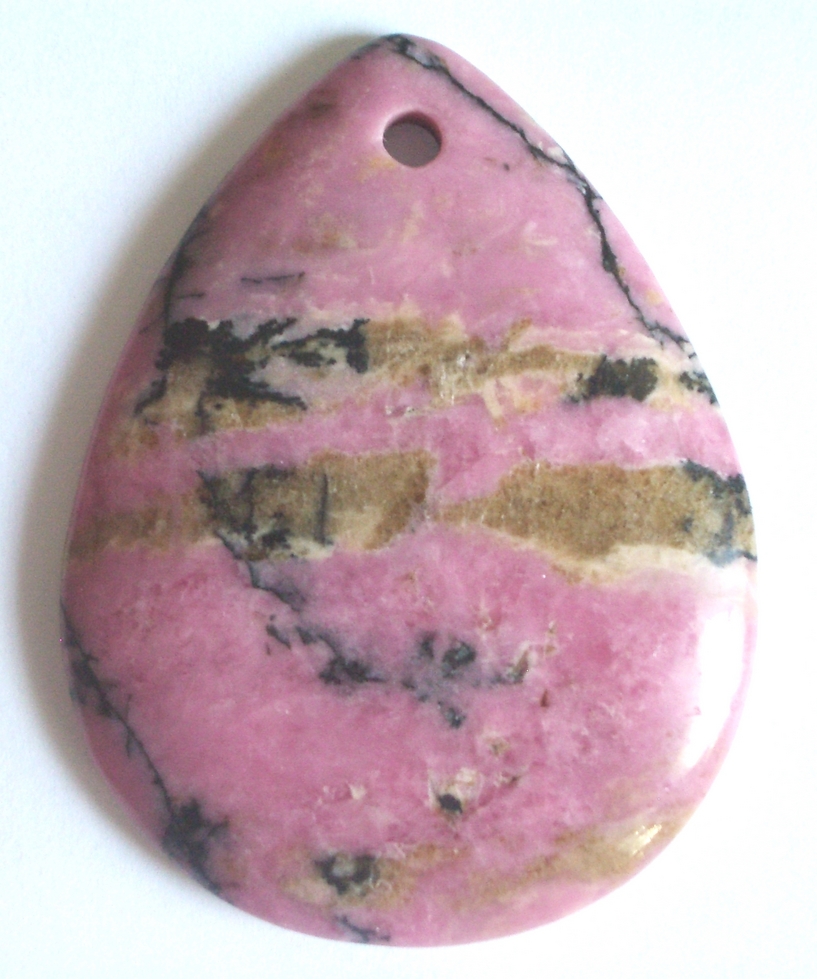 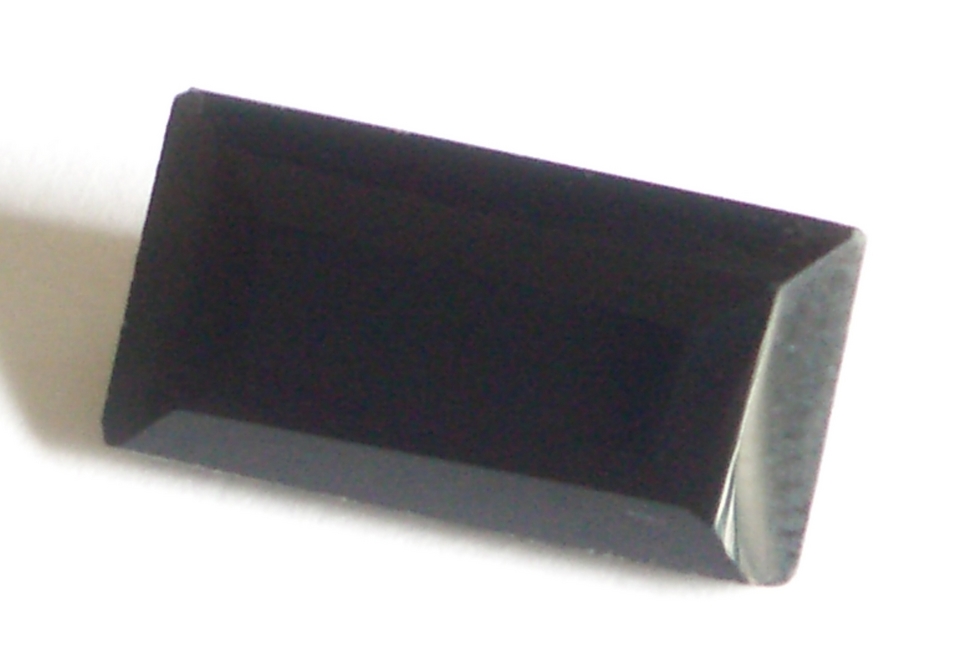 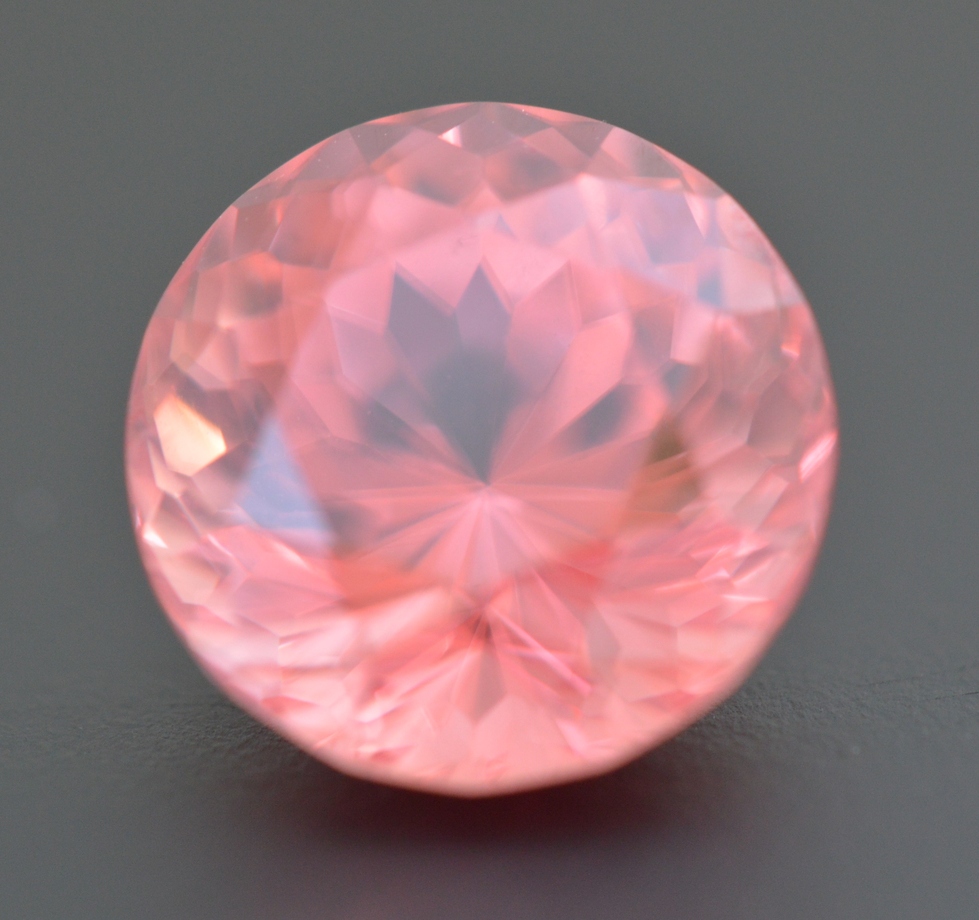 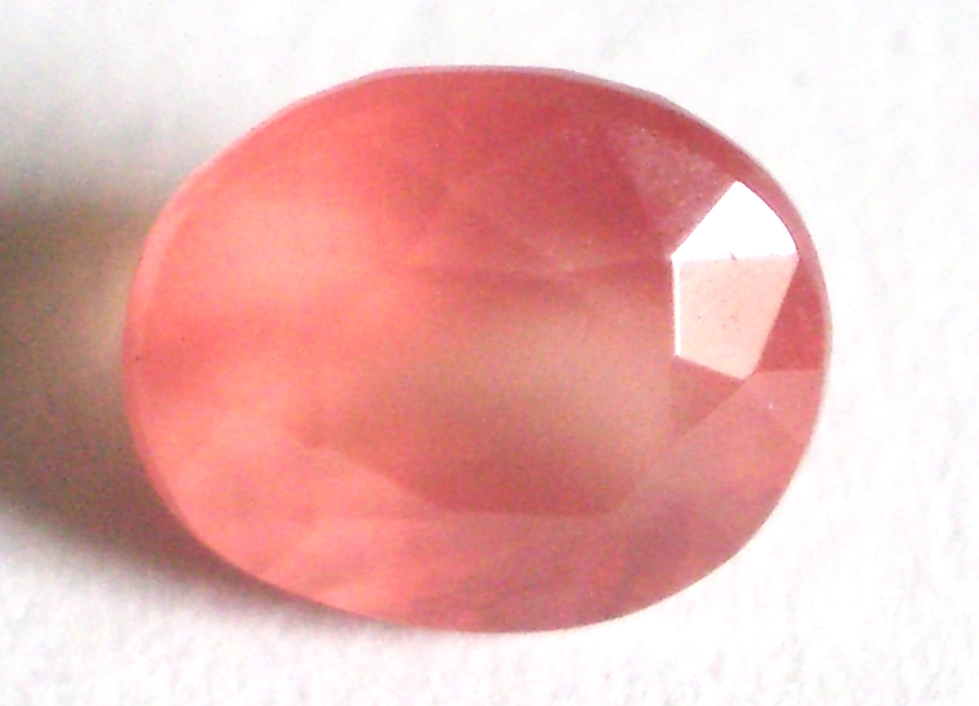 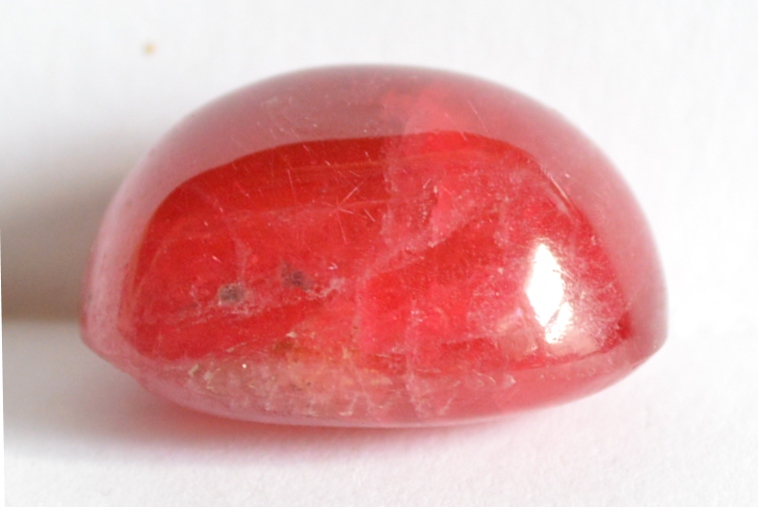 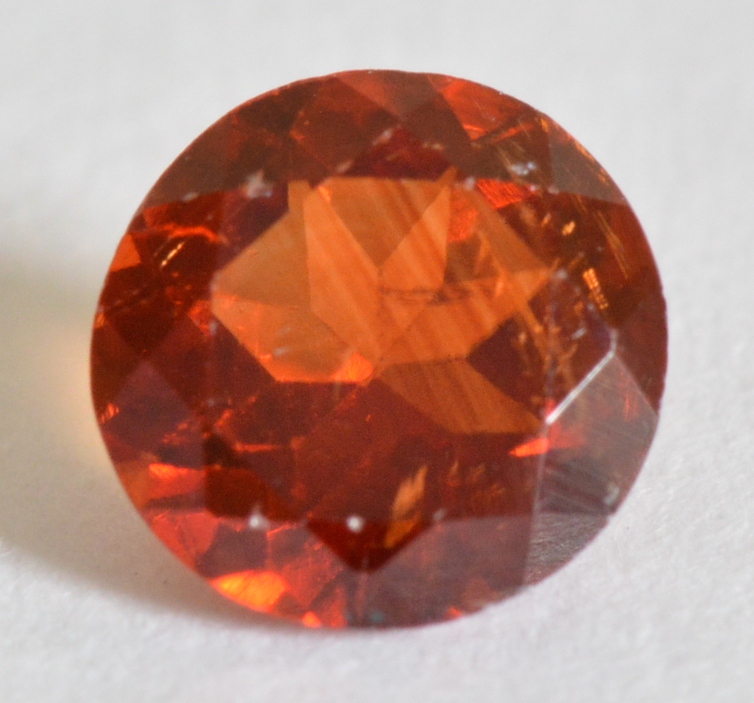 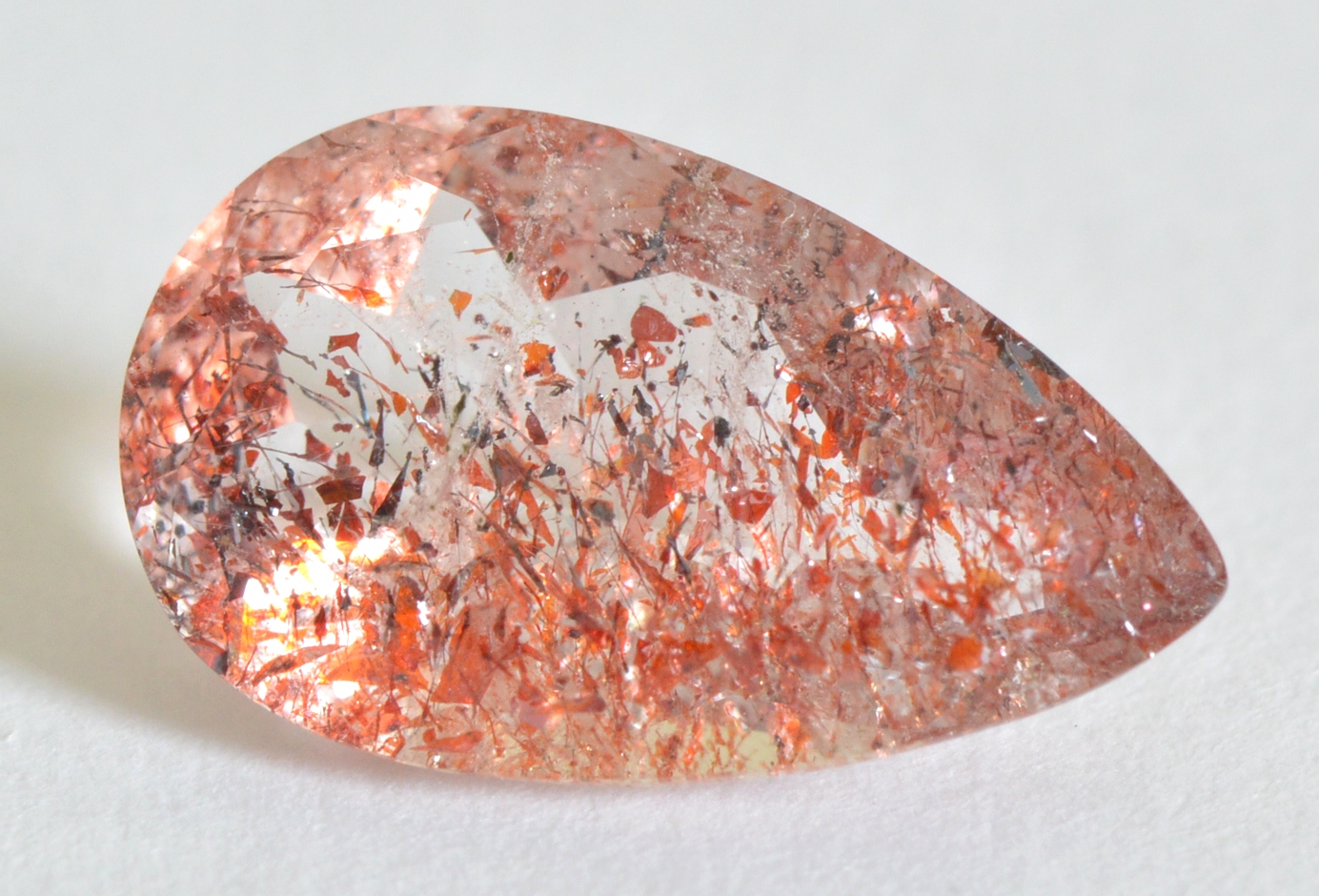 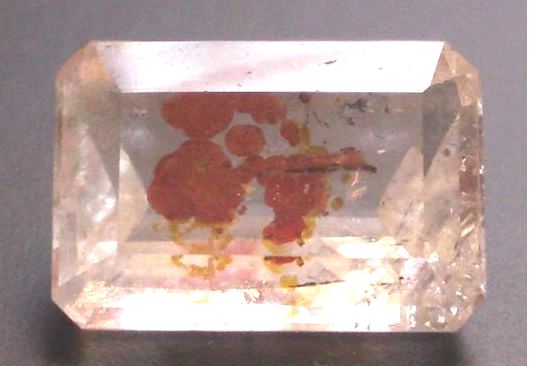 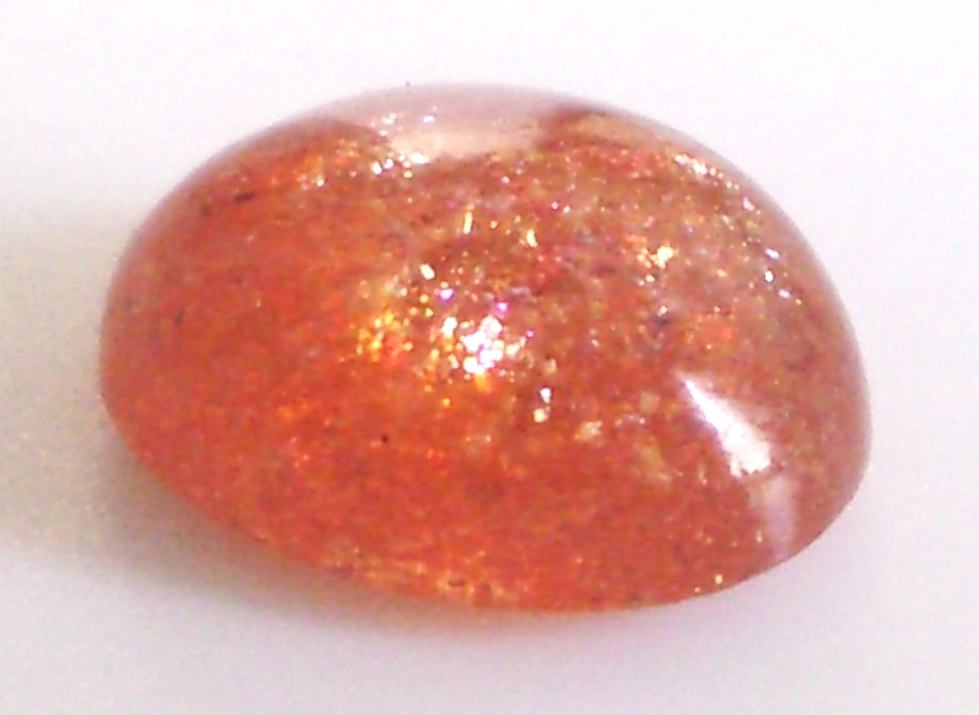 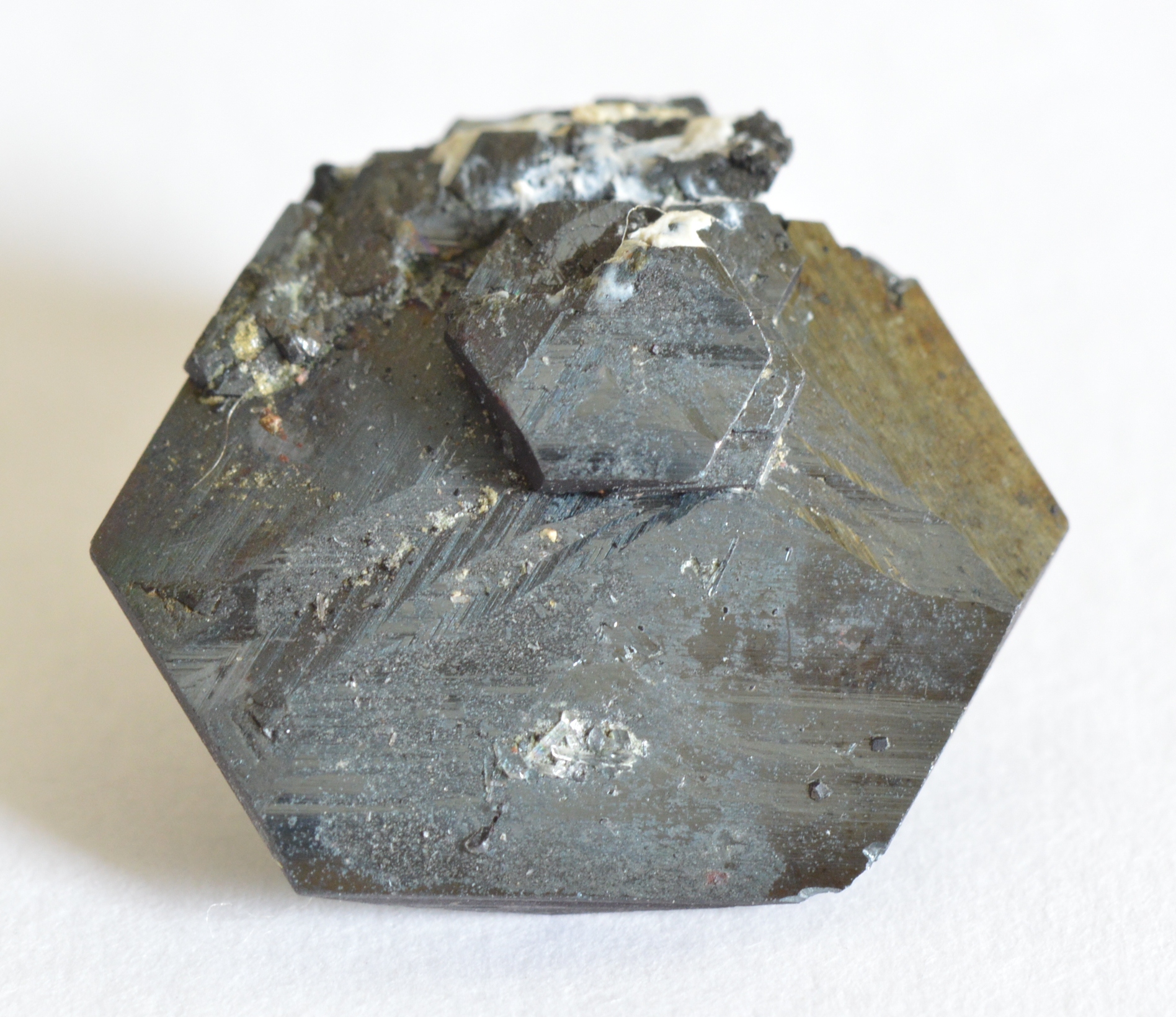 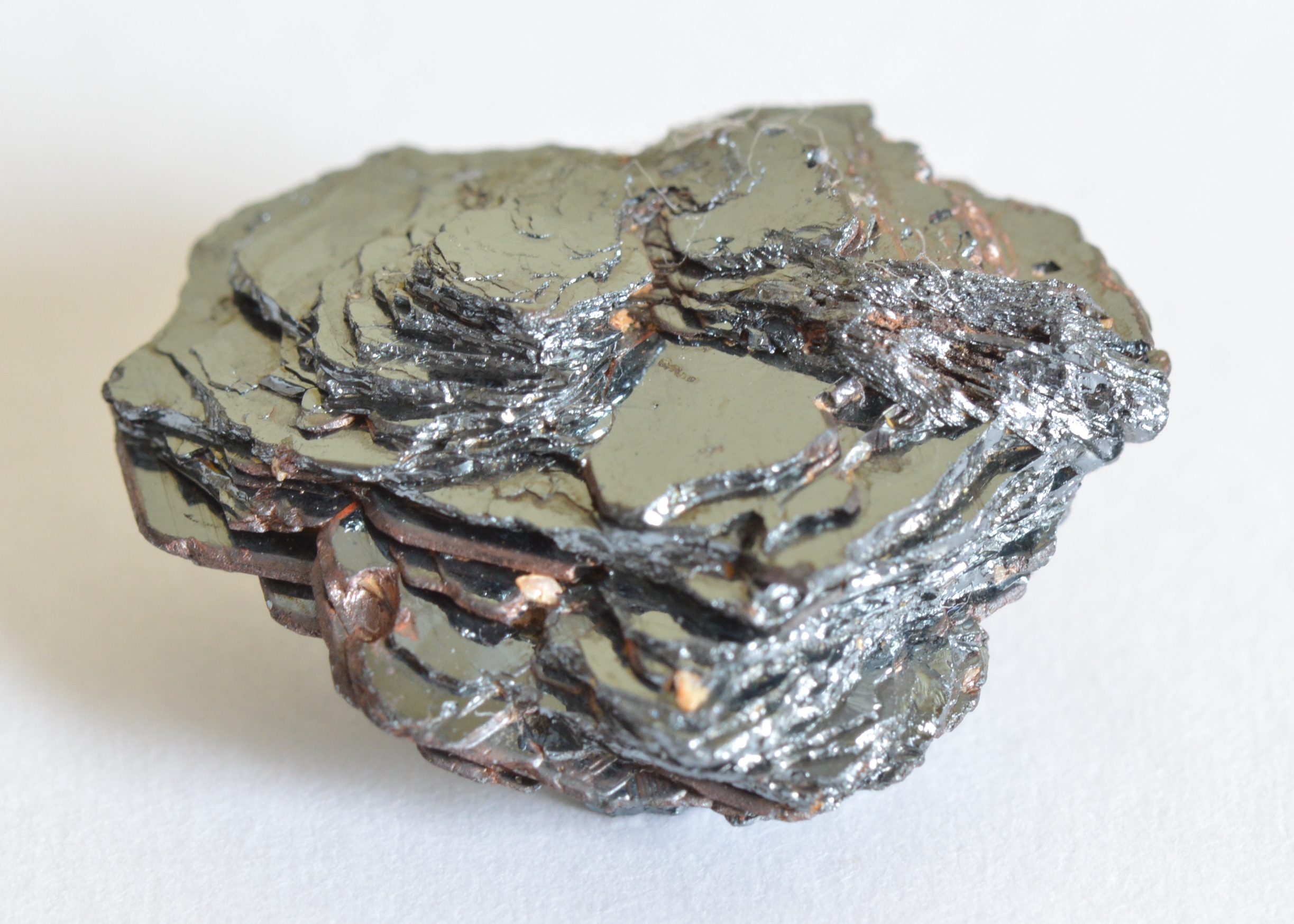 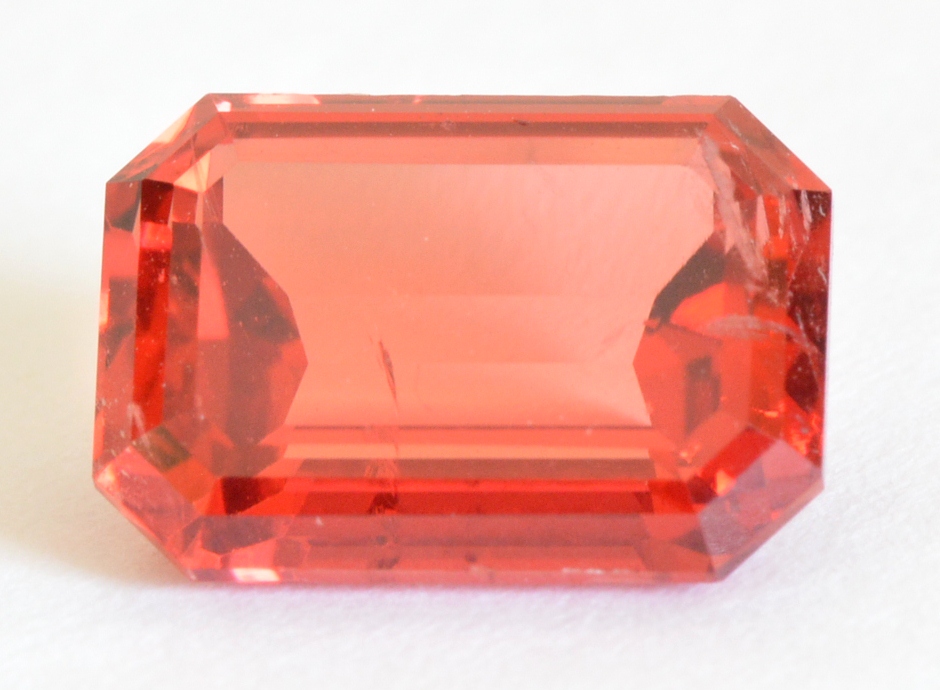 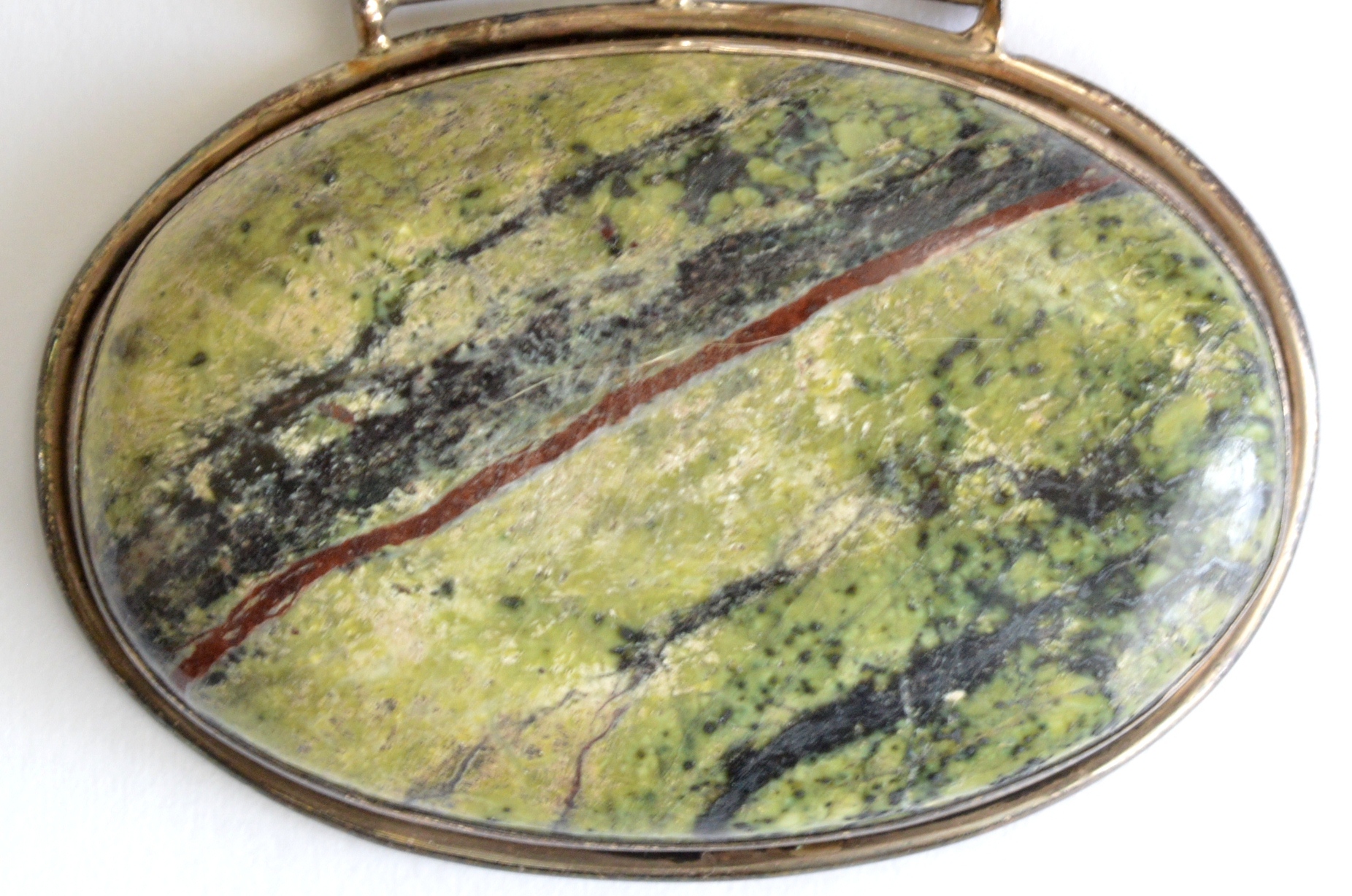 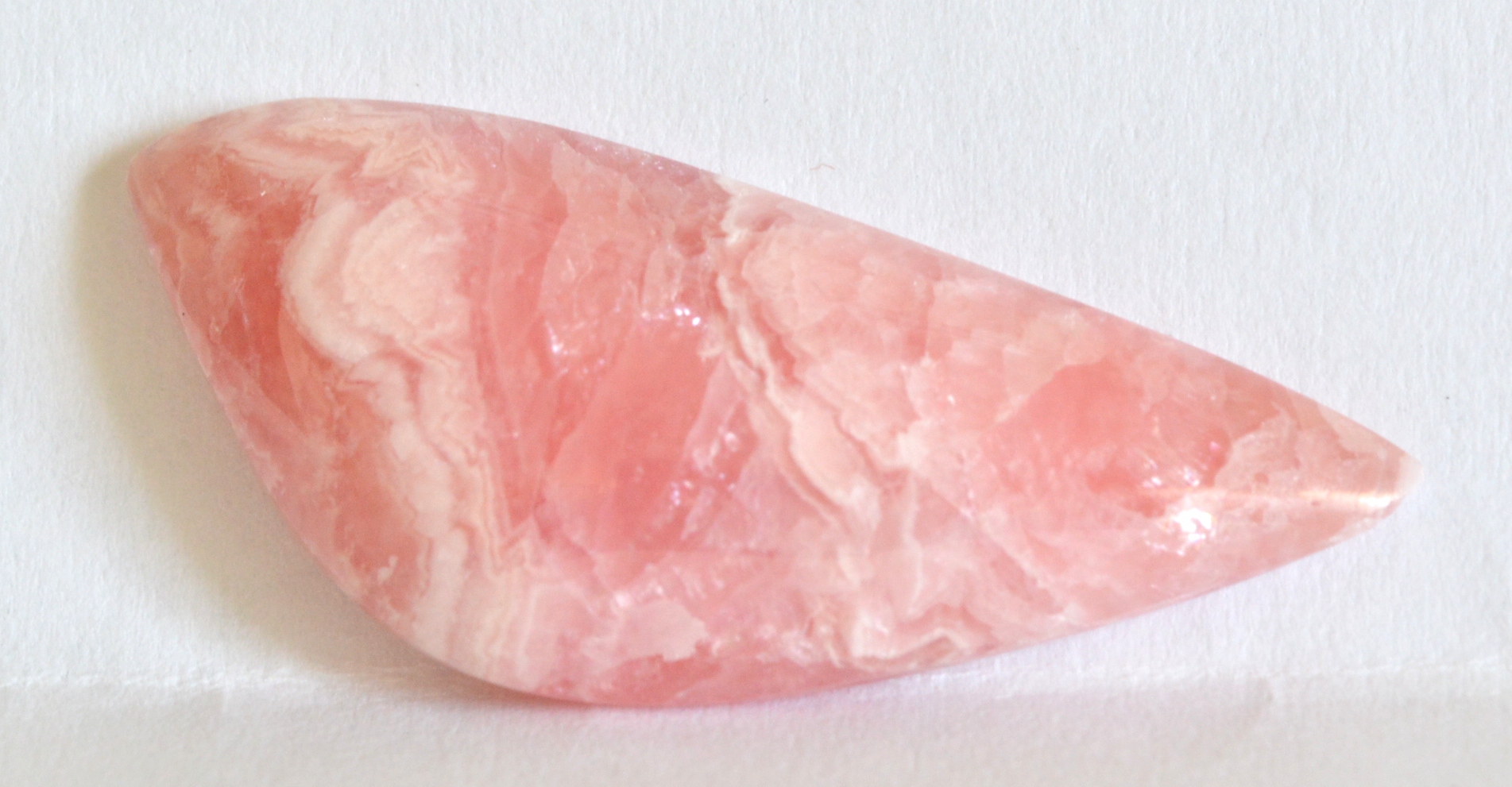 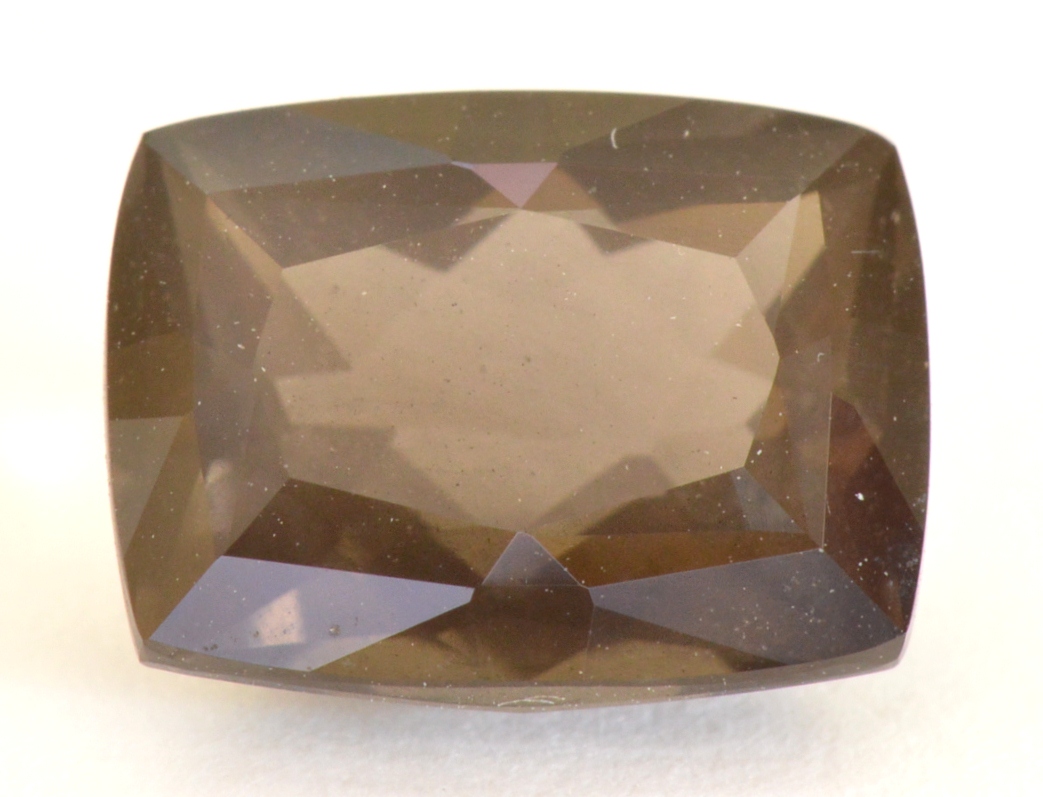 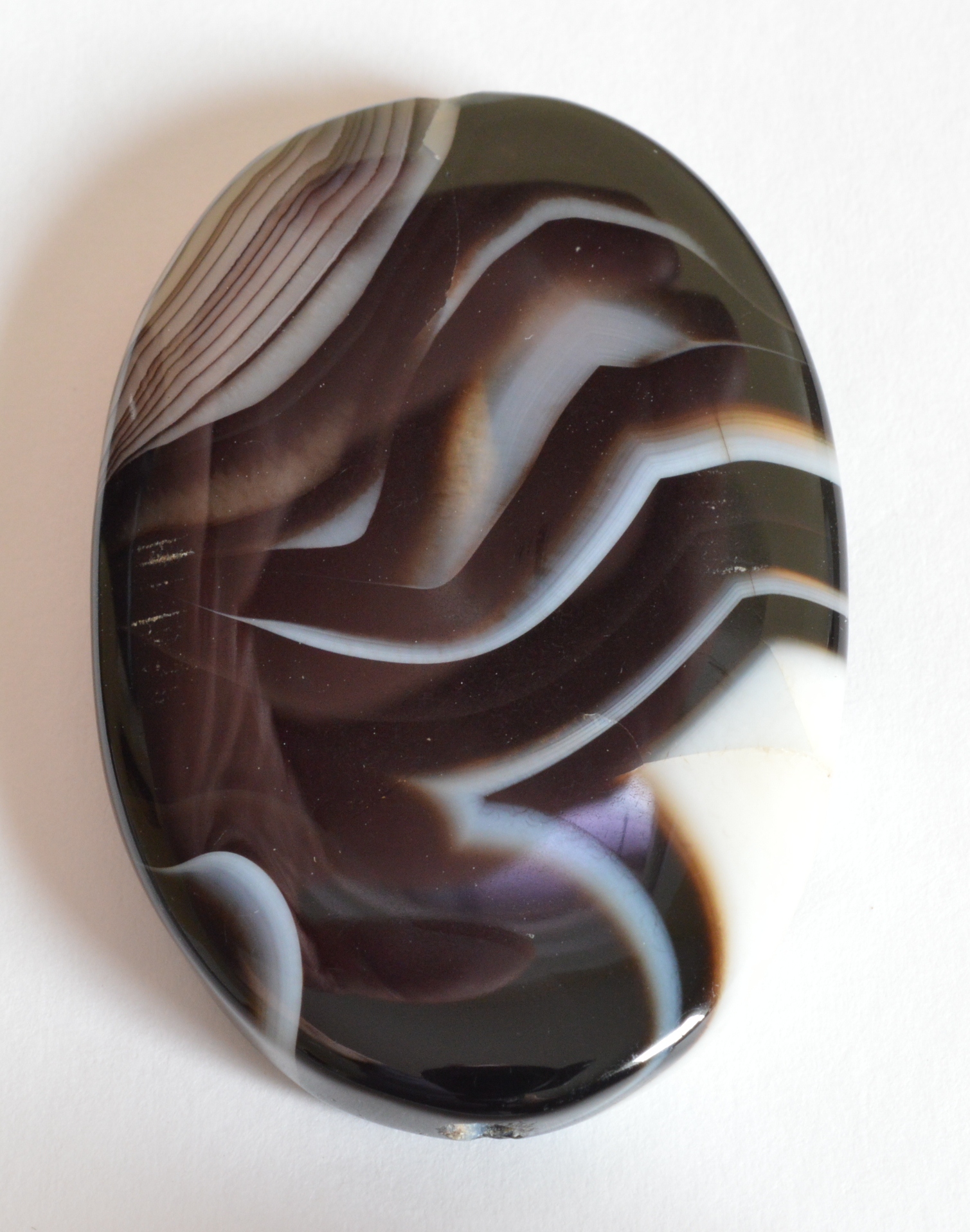 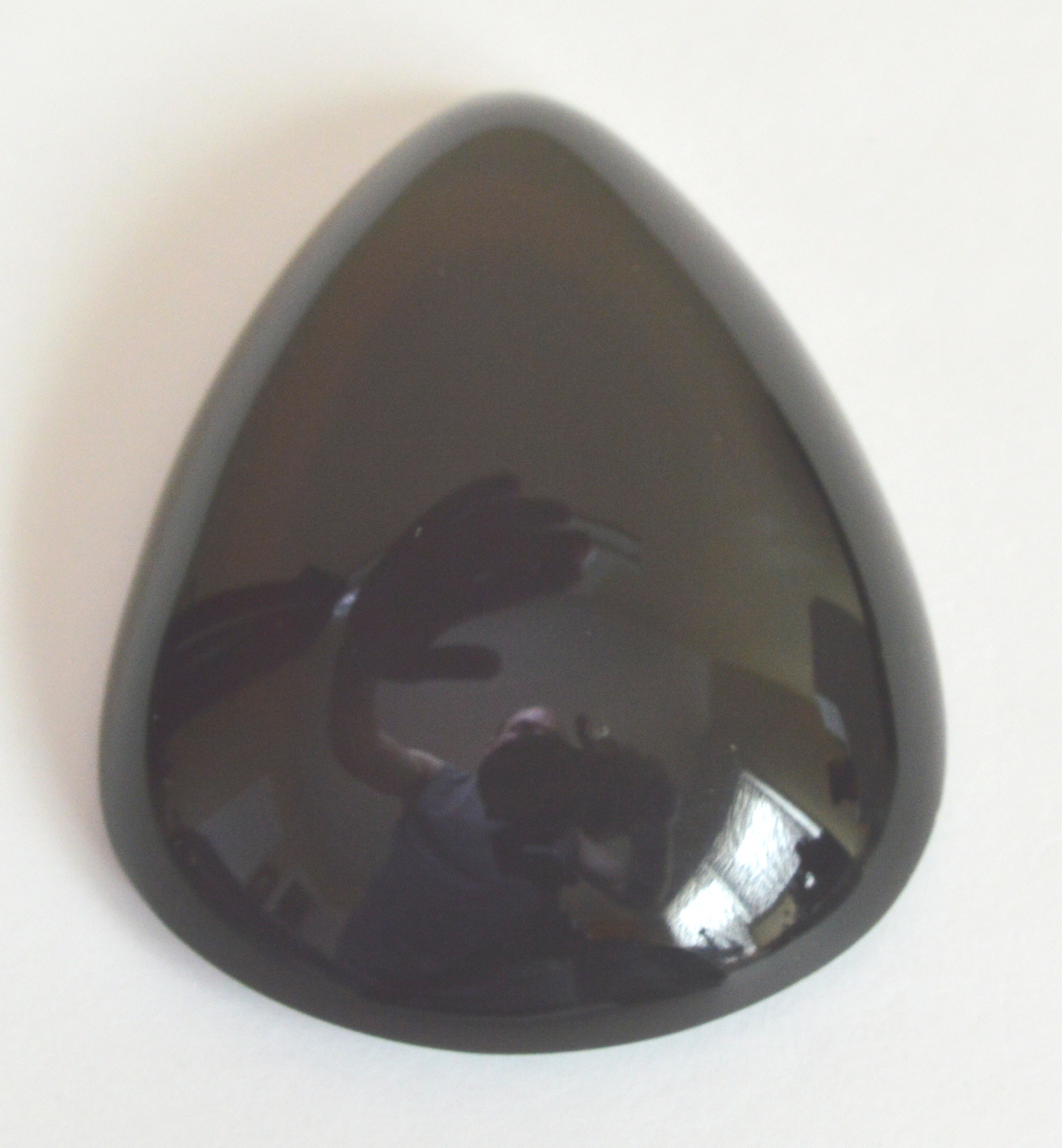 Both of these pink to red gem species are idiochromatic and owe their color to high concentrations of manganese within their chemical compositions. Faceted translucent Rhodochrosite and Rhodonite gems are rare, and they characteristically have a foggy translucent appearance. They are highly ﻿magnetic, and gems of average size can be picked up by an N52 magnet.