How Magnetic Are Garnets?

Red Almandine Garnets can be 100 times more magnetic than red Spinels, red Rubies and other weakly magnetic allochromatic gems that may appear similar to Almandine. Among Garnet species and varieties, magnetic susceptibility varies greatly, depending on the amount of iron and/or manganese within the Garnet. The green Mali Grossular Garnet pictured below left looks similar to the green Hydrogrossular on the right, but the Mali Garnet is much more magnetic due to higher iron (Fe3+) content. 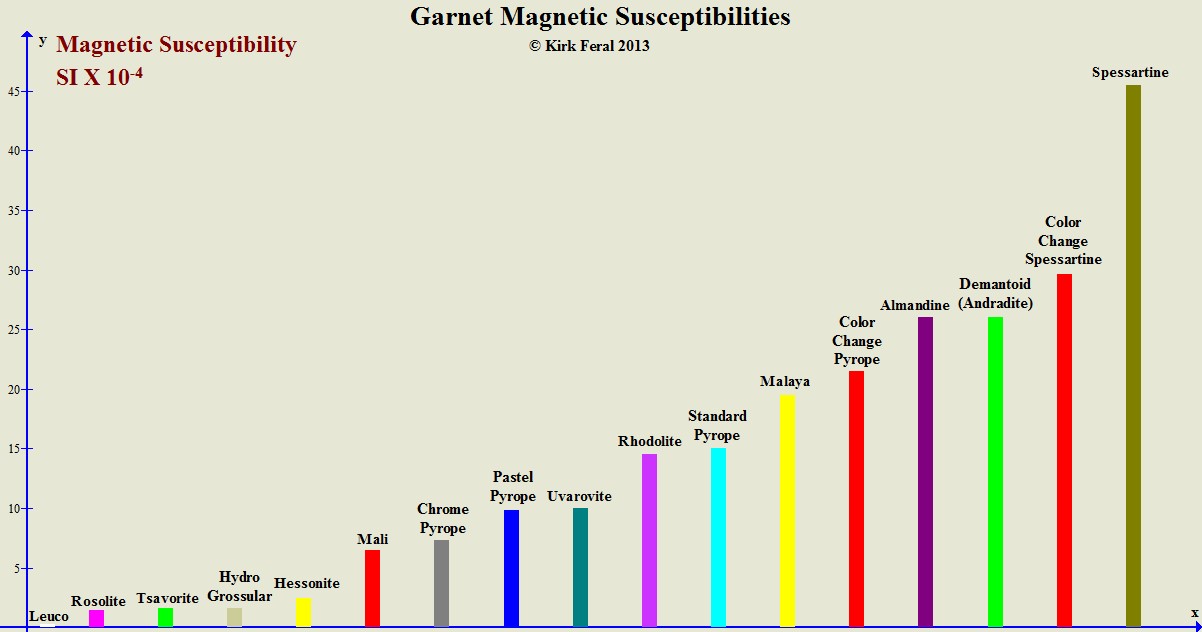 The bar graph below compares the degree of magnetic attraction (magnetic susceptibility) of most gem Garnet species and varieties in relation to each other. Garnets are presented from least magnetic to most magnetic. The height of each colored bar represents the median measured magnetic susceptibility for the species or variety. The color of each bar corresponds to graph point colors for species and varieties on the All Gem Garnet Graph on page 5.

This bar graph shows that Grossular Garnets (Leuco, Rosolite, Tsavorite, Hessonite, Mali) are the least﻿ magnetic. Spessartine is the most magnetic species, followed by Andradite and Almandine. The least magnetic variety among Pyralspites is Chrome Pyrope.