About the Magnetic Susceptibility Index Index

This Index is the first of its kind, as magnetism in gems has, with few exceptions, not been a subject of investigation by gemology researchers. The Index was designed as a reference chart for the magnetic susceptibilities of most gemstones, as well including many rare gems and minerals. Approximately 350 gem species, varieties and color variants are listed. It was developed by testing thousands of gem specimens from our private collection and other collections. The Index is an invaluable reference for anyone working with a hand-held magnet, however it represents only a starting point in gemstone magnetism research.

The Index will only become comprehensive when the sample set is expanded to include many more samples, and when more investigators contribute to these findings. Those who wish to contribute to specific results listed in this Index may email the author at kirk@gemstonemagnetism.com.

Magnetic responses listed on the Index have also been added to the GTPro software offered by Gemology Tools Professional, and as an appendix in Geoff Dominy's Handbook of Gemmology. An advantage to referring to GTPro is that all gem identification properties (including magnetic response) are combined within a single at-a-glance reference for all gemstones.

© Kirk Feral 2010, All Rights Reserved. These materials may be duplicated for educational purposes only. No part of this website may be duplicated or distributed for commercial purposes, or posted to another website, without the expressed written consent of the copyright holder.

Comparing Magnetic Response to SI Measurements: While magnetic response measurements are gross approximations of magnetic pull, SI measurements are exact. Referring to the SI column on the Index helps us see quantitative differences in magnetism between different gemstones. The table below is an attempt to provide approximate correlations between the measured quantitative ranges and qualitative responses.

Few colorless examples of gems are listed on our Index because most are inert (diamagnetic). Some colorless diamagnetic gems not included on the Index that we have tested are listed below. All of these allochromatic minerals can also be found as colored gemstones, and some of those colored examples may be magnetic.

Gem Types: Gems are listed alphabetically by species or group. Species names are represented in bold type, while variety names and color variations are plain text. Group names are in enlarged bold type.

Cause of Color: Information about causes of color is based on a variety of sources found in published gemological literature (See Resources and Links), as well as our own research with spectroscopy. Cause of color should not be confused with cause of magnetism, although the two are often related.

Standardized Testing: These responses are standardized to a 1/2"X1/2" N52 grade NIB cylinder. The standard testing distance between the magnet and surface of the gem is about 1/2" (or less for very weakly magnetic gems). For Moderate responses, discrimination from Weak or Strong responses is subjective, as response ranges overlap.

If only one number (other than < 0) appears in the range column, then only one sample was measured. Susceptibilities shown as < 0 (less than 0) indicate diamagnetic responses. The diamagnetic push force of gems is always weak, seldom exceeding 20 SI X 10 (-6).

Calibrated Magnets: Calibrated magnets were used for all SI measurements. Calibration constants were developed using known copper sulfate crystal standards. Additional magnets calibrated to cobalt chloride by D.B. Hoover were provided by Hoover. We multiply the measured loss of gem weight in carats by the calibration constant of 868 for the 1/8" diameter X 3/8" magnet, and by a constant of 3,634 for the 1/16" diameter X 1/4" N52 magnet.

It's important to note that correlations between observed magnetic response and measured magnetic susceptibility are only rough approximations that can vary from stone to stone. This is because observations are somewhat subjective, and also because responses can be affected by shape, cut, size and weight of the gem. For example, if a gem is large and has a large table facet, it might show a Strong magnetic response when floated even though the measured susceptibility is only Moderate at SI 80.

As another example, a small gem under 1ct in weight may show a Drag response on a flat dry surface even though the measured susceptibility is only SI 300. Such variability between gems of different shapes, sizes and weights does not occur with quantitative magnetic susceptibility (SI) measurements using a Hoover balance. 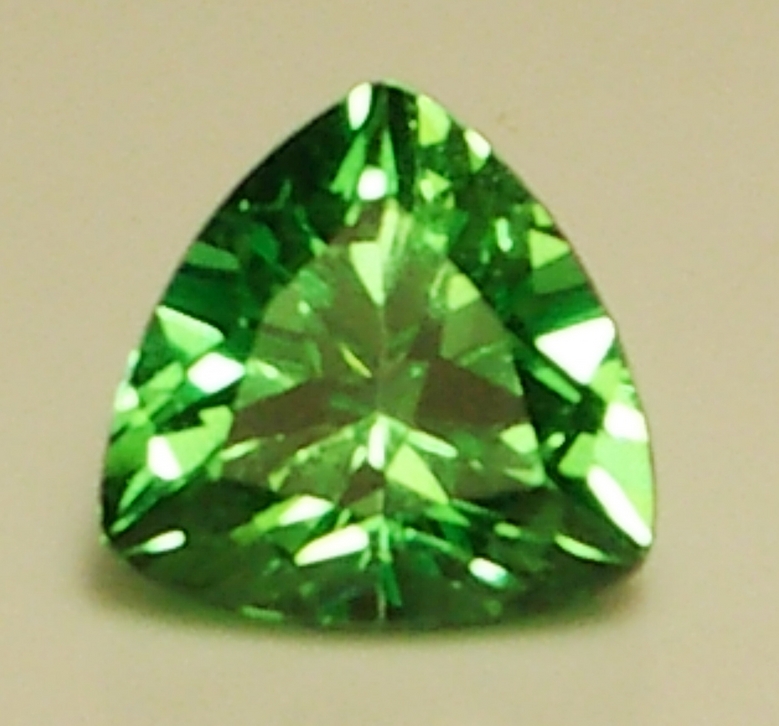 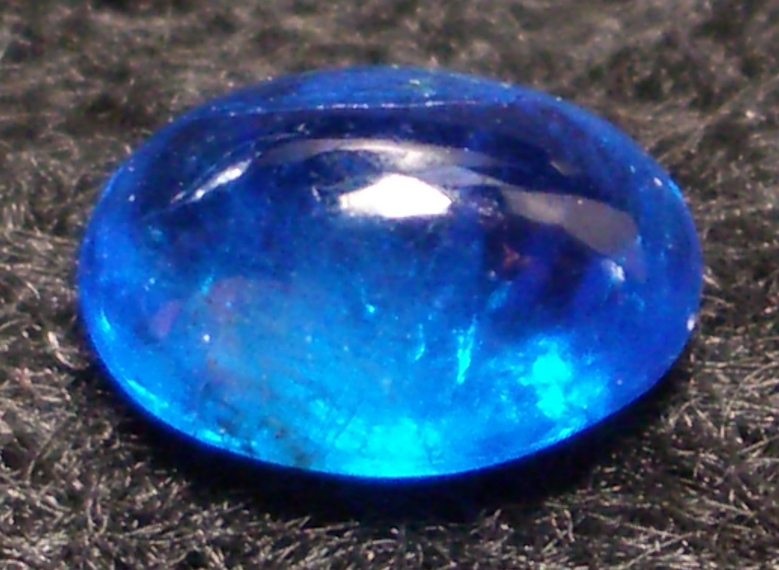 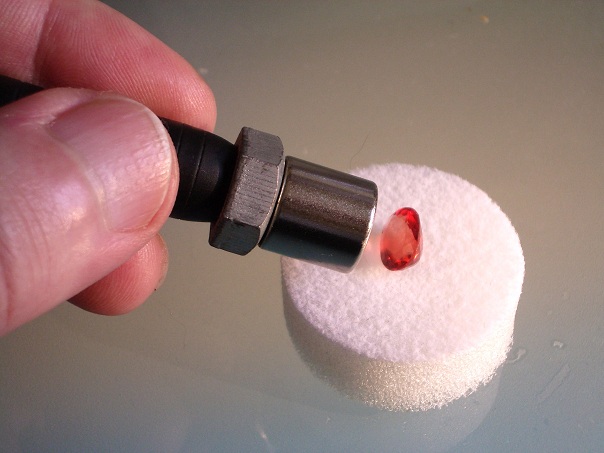 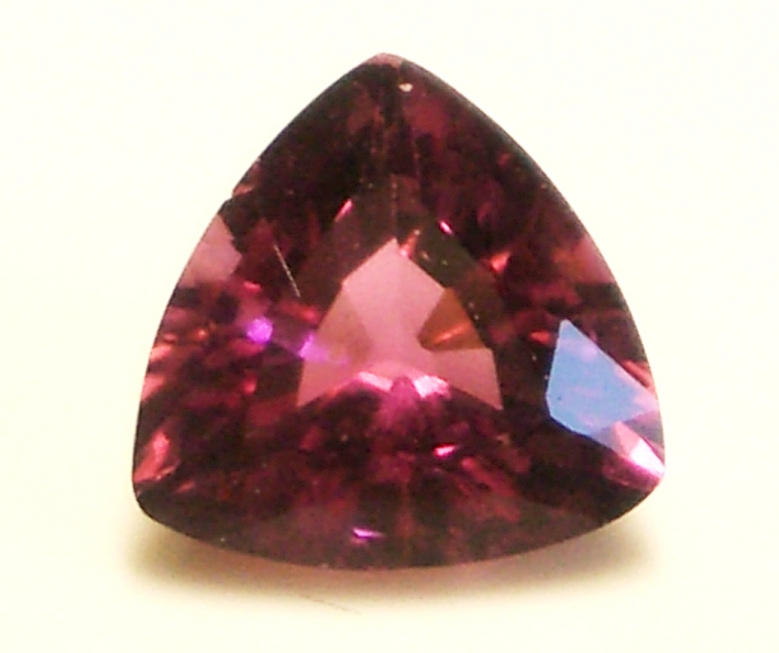 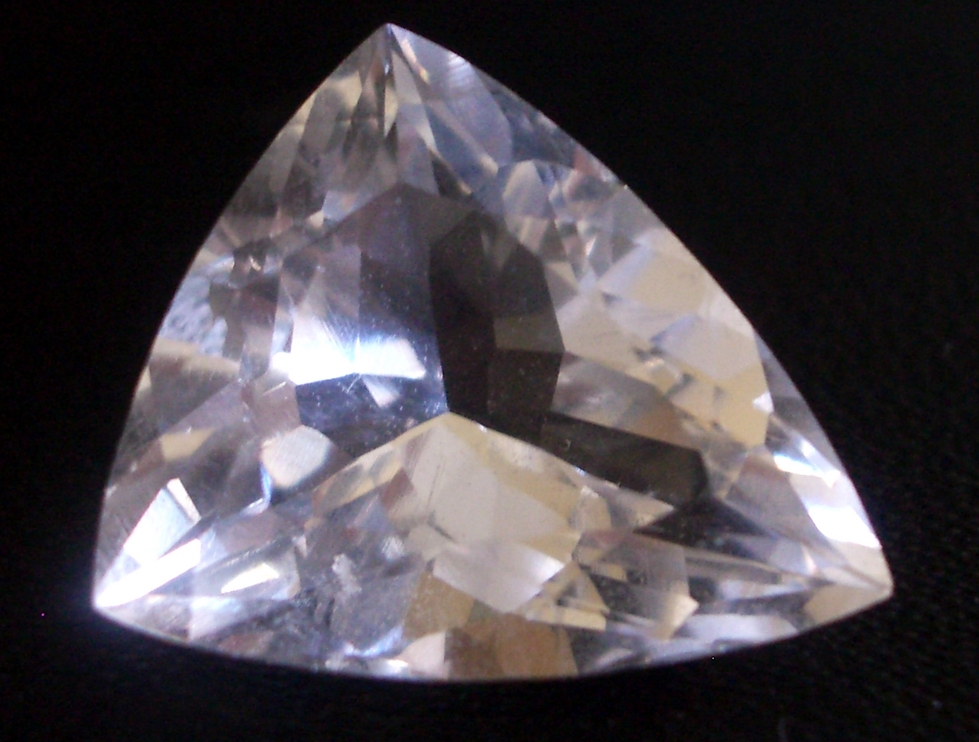 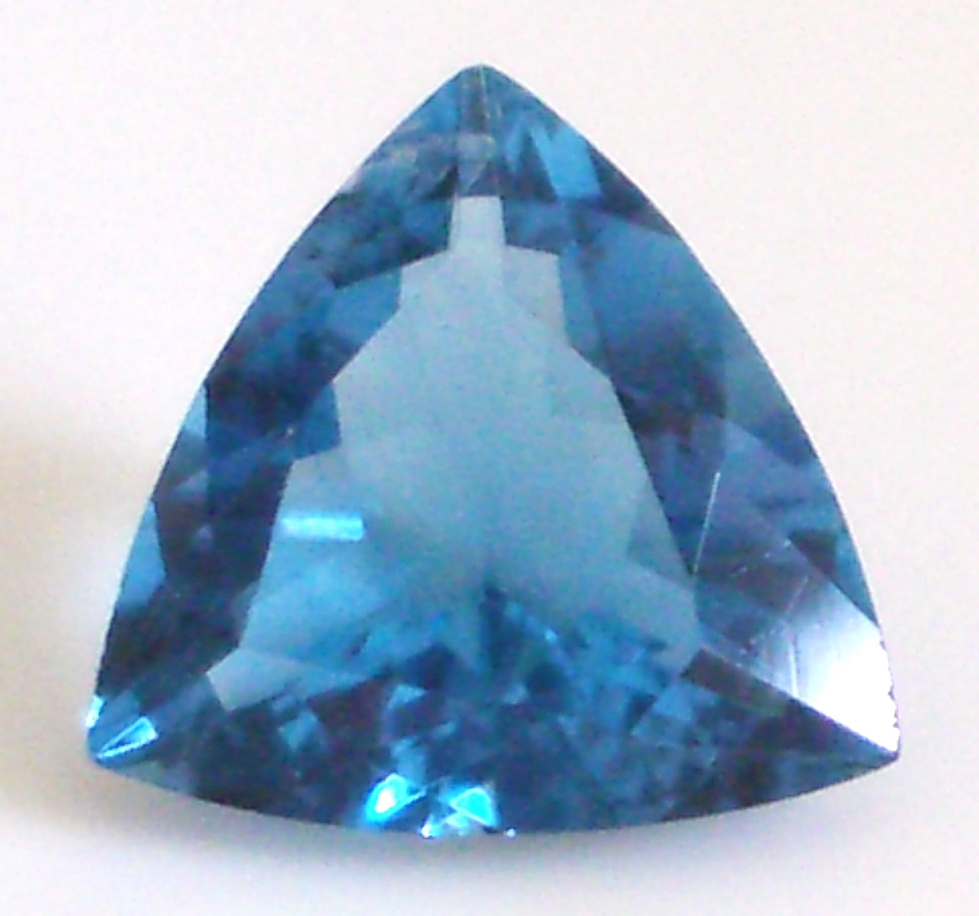